Clients: Ber and Clive Murphy, who live in a new build detached home in the outskirts of Limerick city

Brief: There was one thing that the couple were looking for in their kitchen above all else: quality. Longevity came a close second, and to achieve this they asked Creative Director and Lead Design Geri Glynn that their kitchen was kept simple and timeless. They also wanted to grow into the space, by adding colour and personality as they lived in their new home and potentially repainting the kitchen in years to come.

Geri knew that Ber and Clive would benefit from the high quality finish of a Neptune kitchen, which boasts solid wood oak throughout, in-frame cabinetry and inspired design features. The couple opted for the Suffolk style, a Shaker inspired kitchen that doesn’t look out of place in a more contemporary space such as Ber and Clive’s. 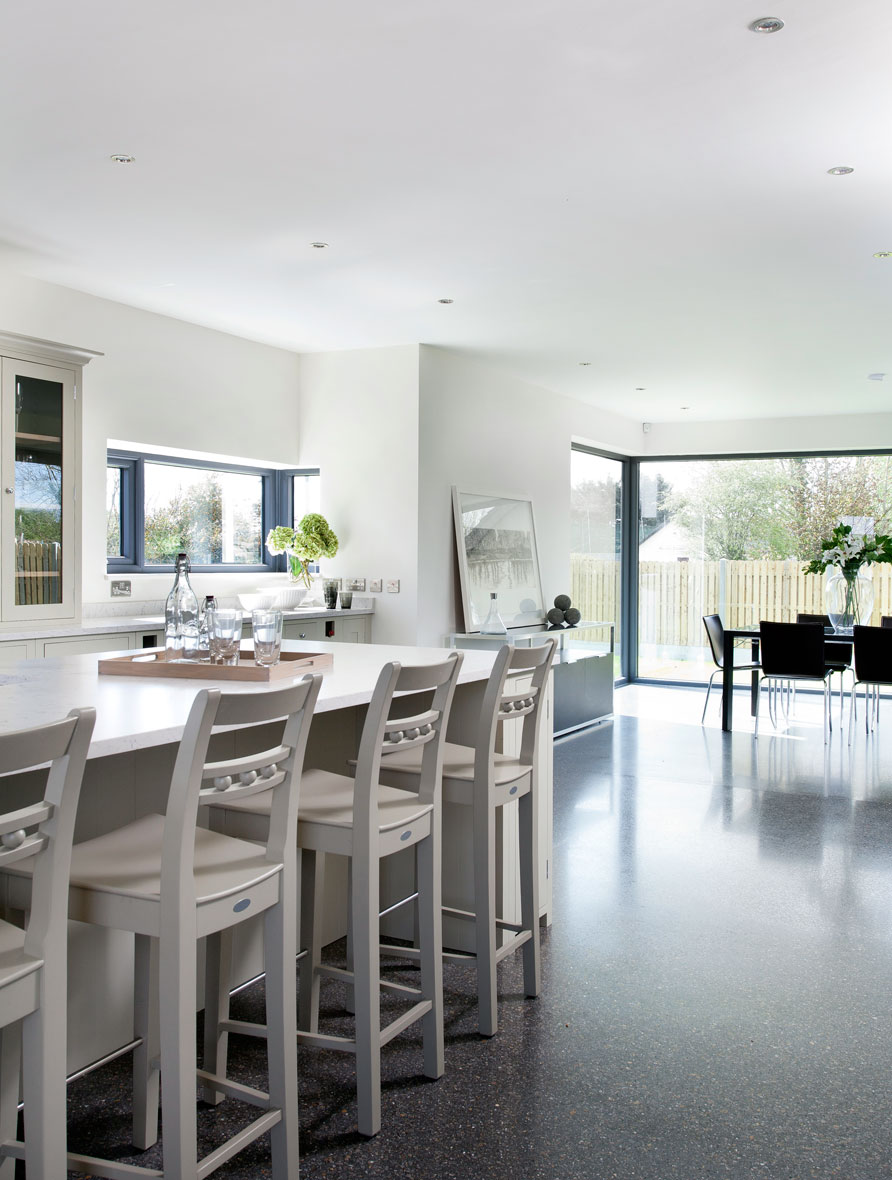 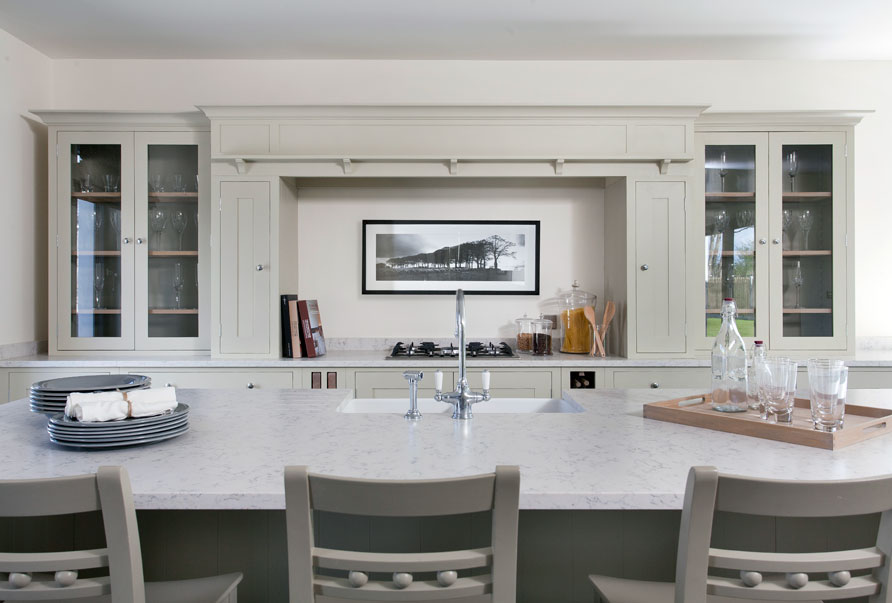 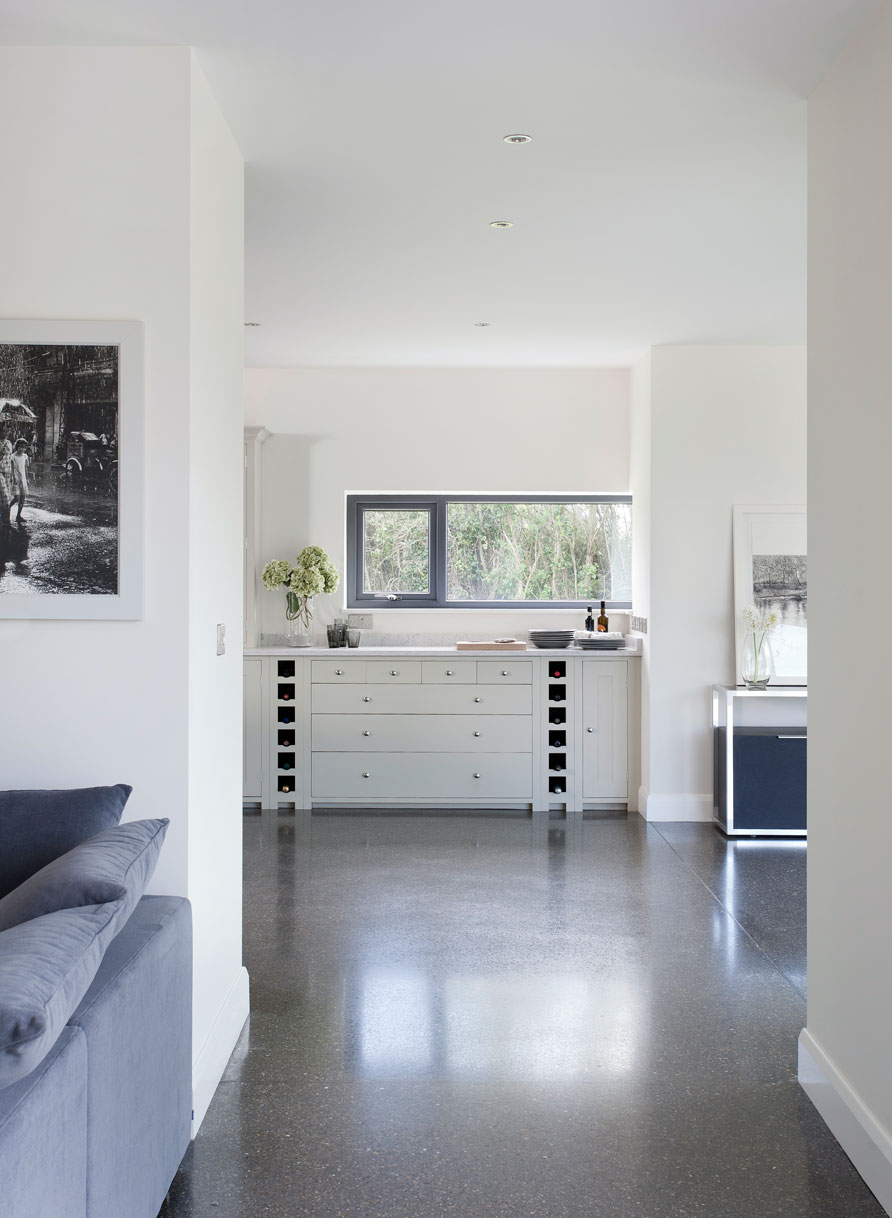 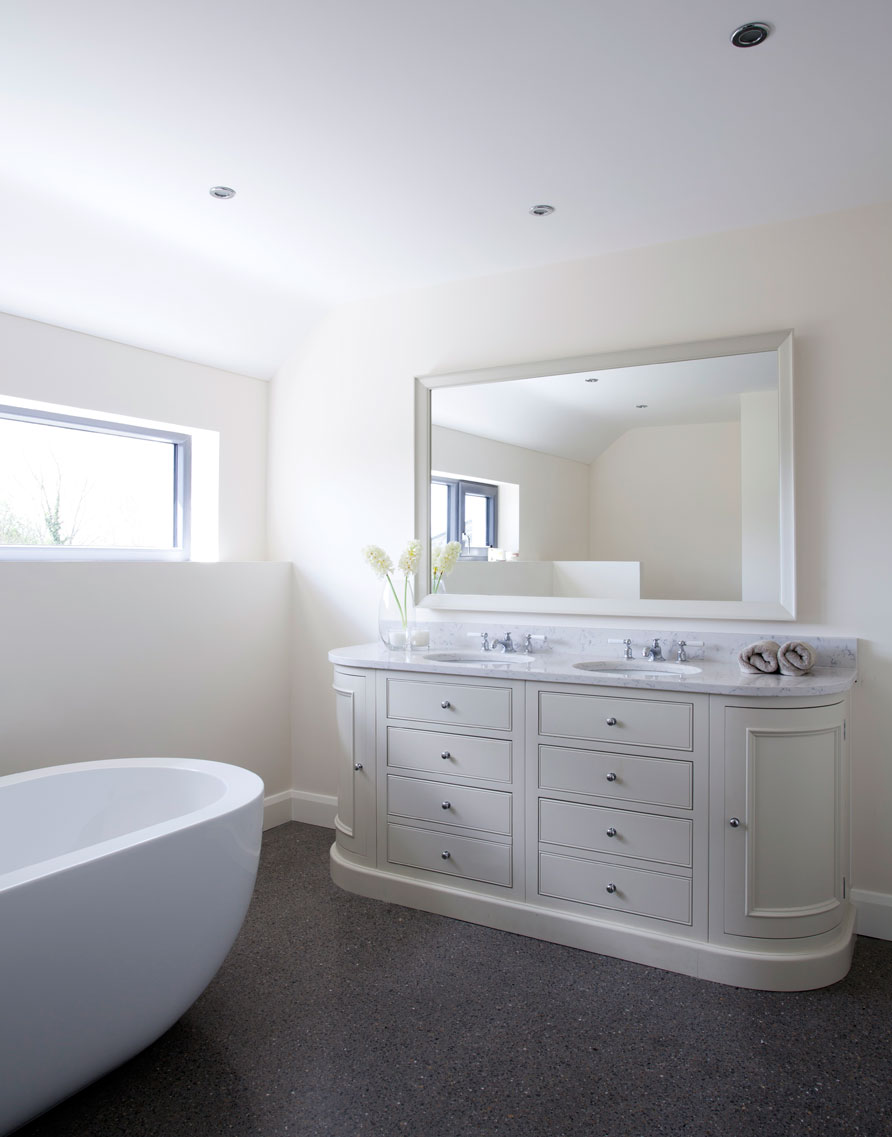 The first design challenge Geri faced was the scale of the kitchen. A kitchen island was the best option for such a vast open plan kitchen-diner, but it would have to be large, the largest Geri had ever designed. As the couple had opted for a Silestone countertop due to its 15 year guarantee, Geri investigated if a slab could be sourced big enough so that there were no joins on the island. Thankfully the largest slab available was just the right size.

Next was how to design the cabinetry for the wall space. The house design featured a partition wall between the kitchen and living room that was open on either end and had a full length recess on the kitchen side. Geri utilised this recess to house full width cabinetry, as well the majority of kitchen appliances. Furthermore, to hide the clutter of everyday food items, Ber and Clive fell in love with the beautiful Suffolk integrated larder. The kitchen was painted in a subtle shade of Dove Grey and the couple chose simple chrome hardware to finish the kitchen. The Suffolk bar stools, taps, sink and artwork are also from the Neptune range.

Finally Ber and Clive, looking for a similarly styled bathroom to their kitchen, chose the Chichester double sink unit with the same hardwearing Silestone Lyra countertop.

The Murphy’s couldn’t be happier with their new timeless home, one that they see themselves enjoying for many years to come.