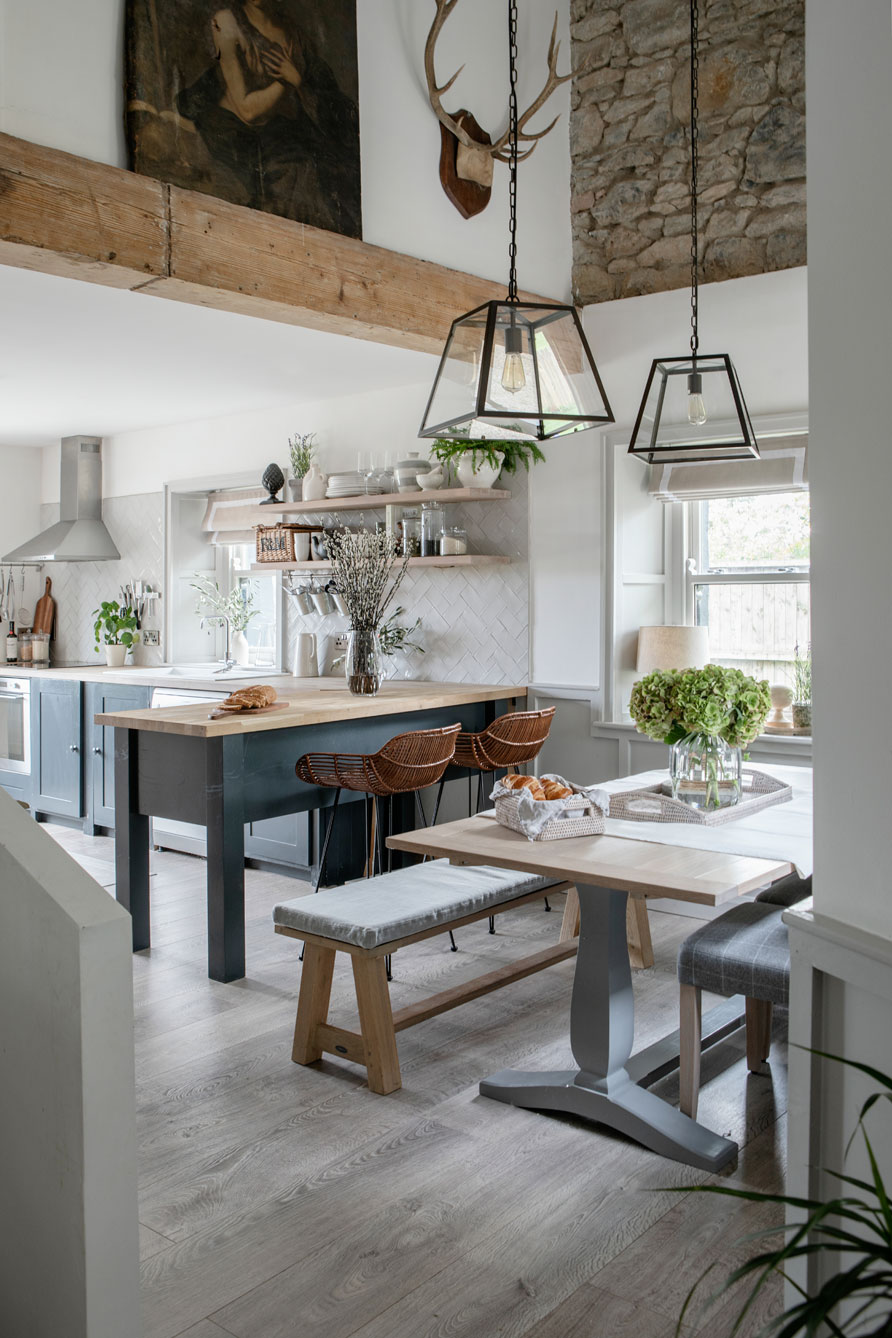 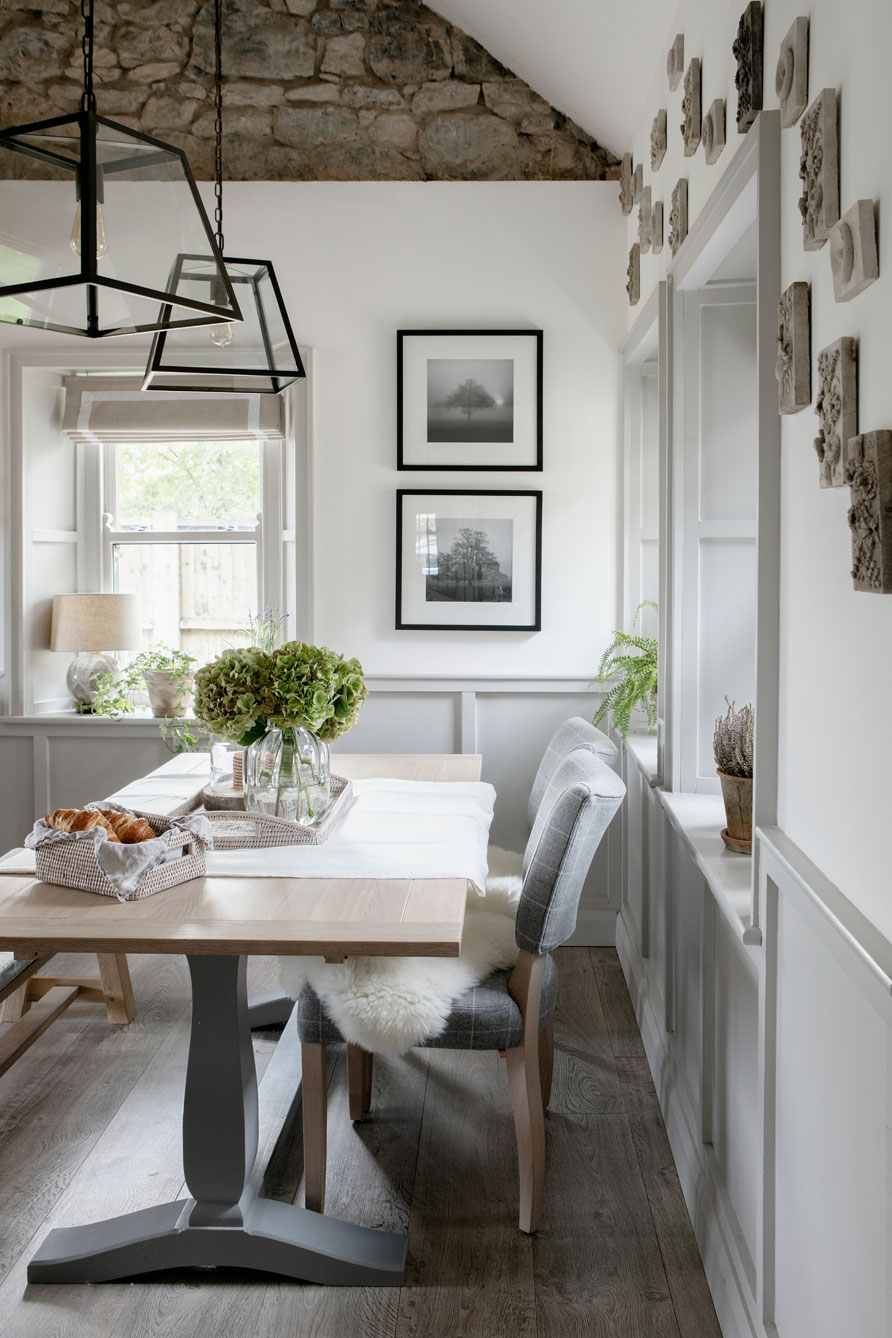 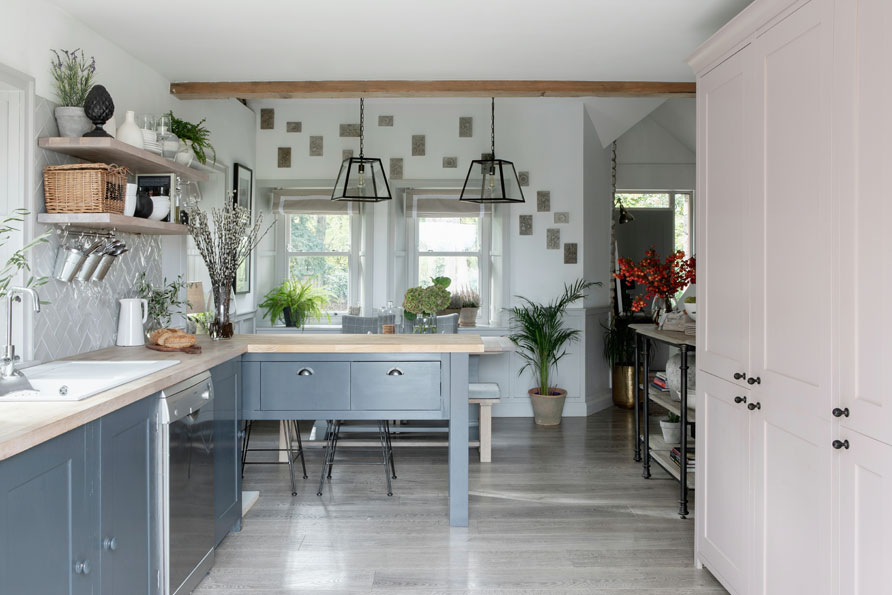 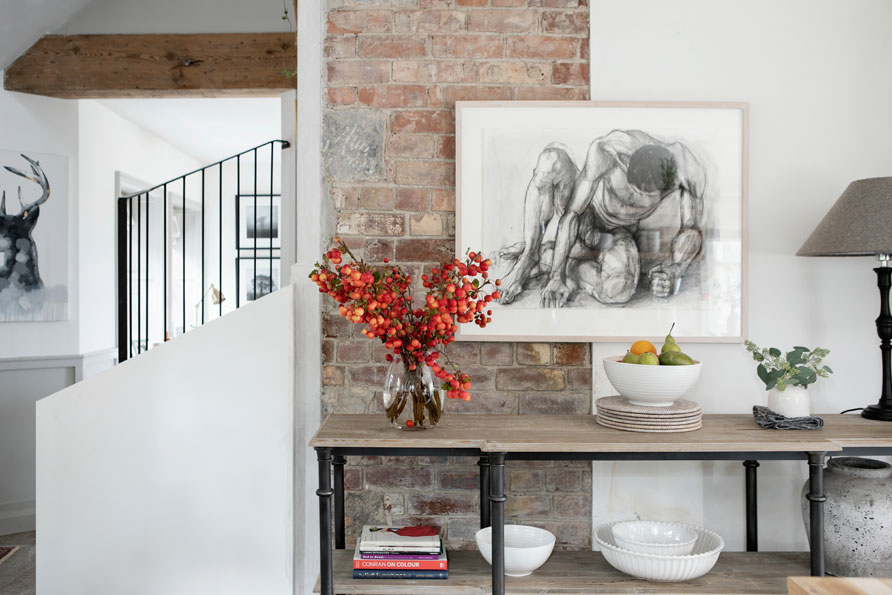 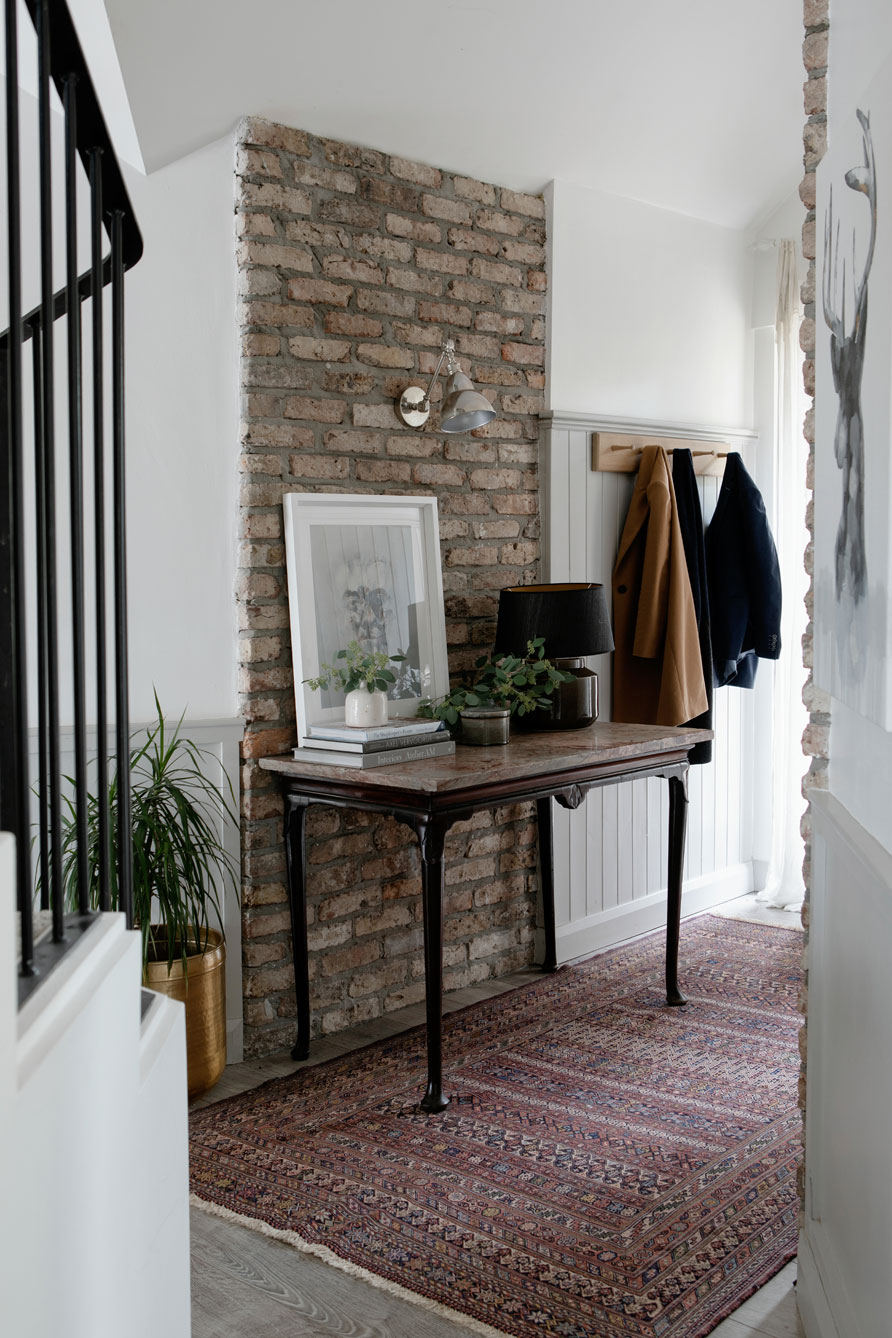 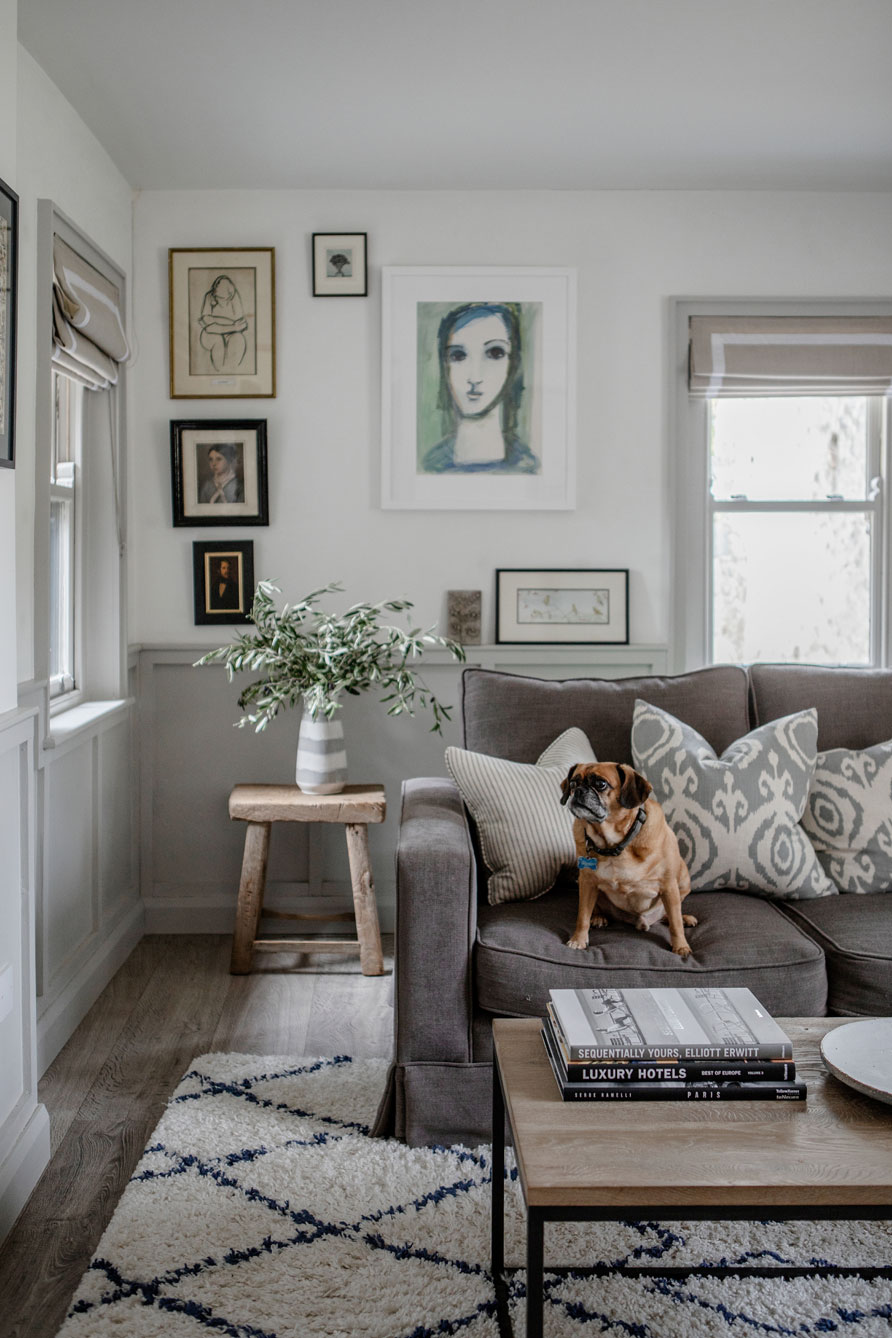 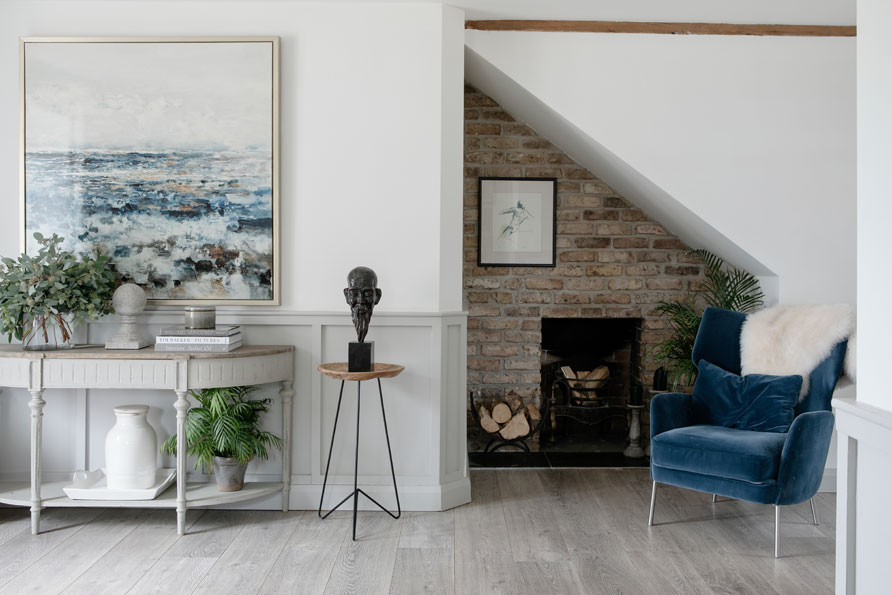 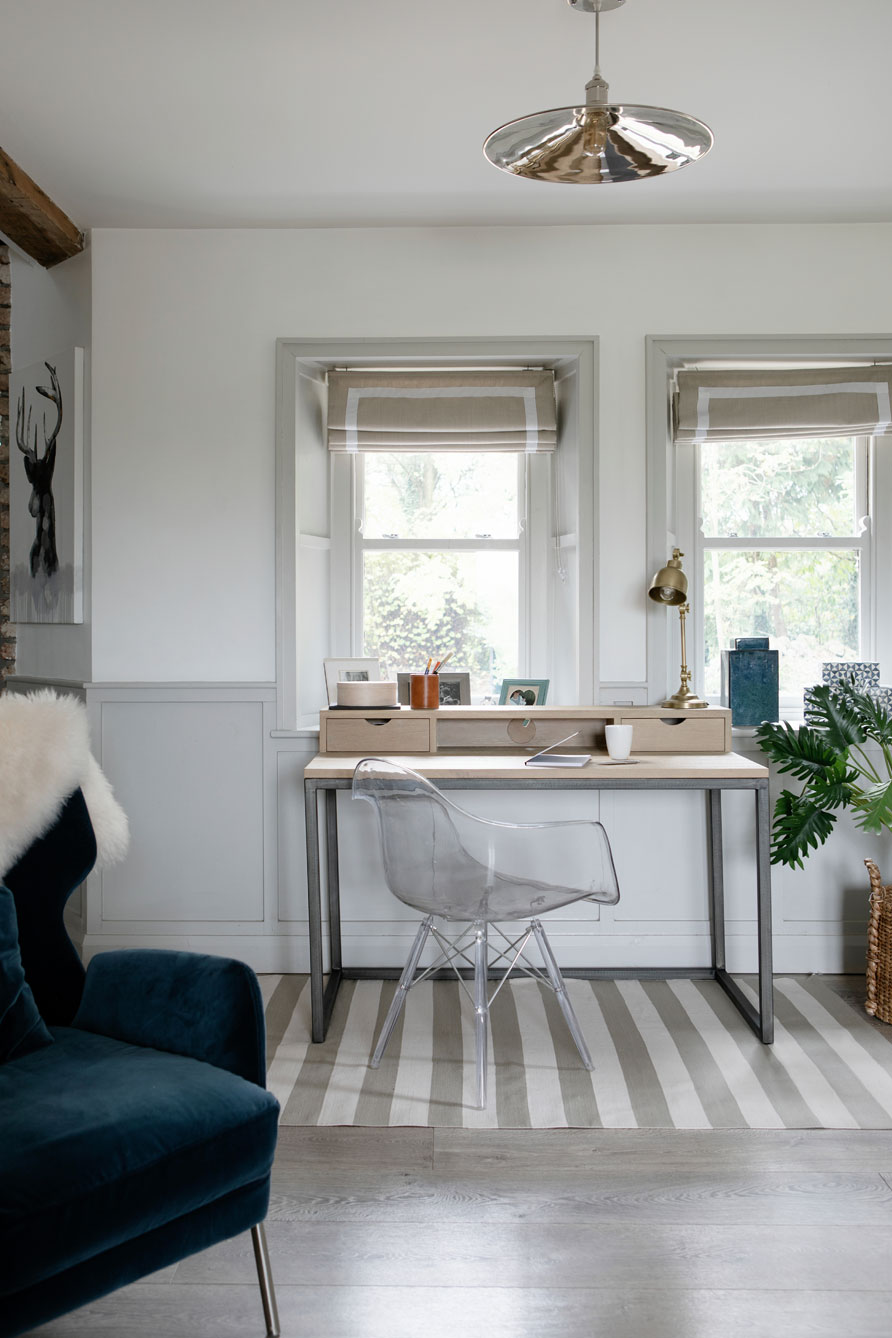 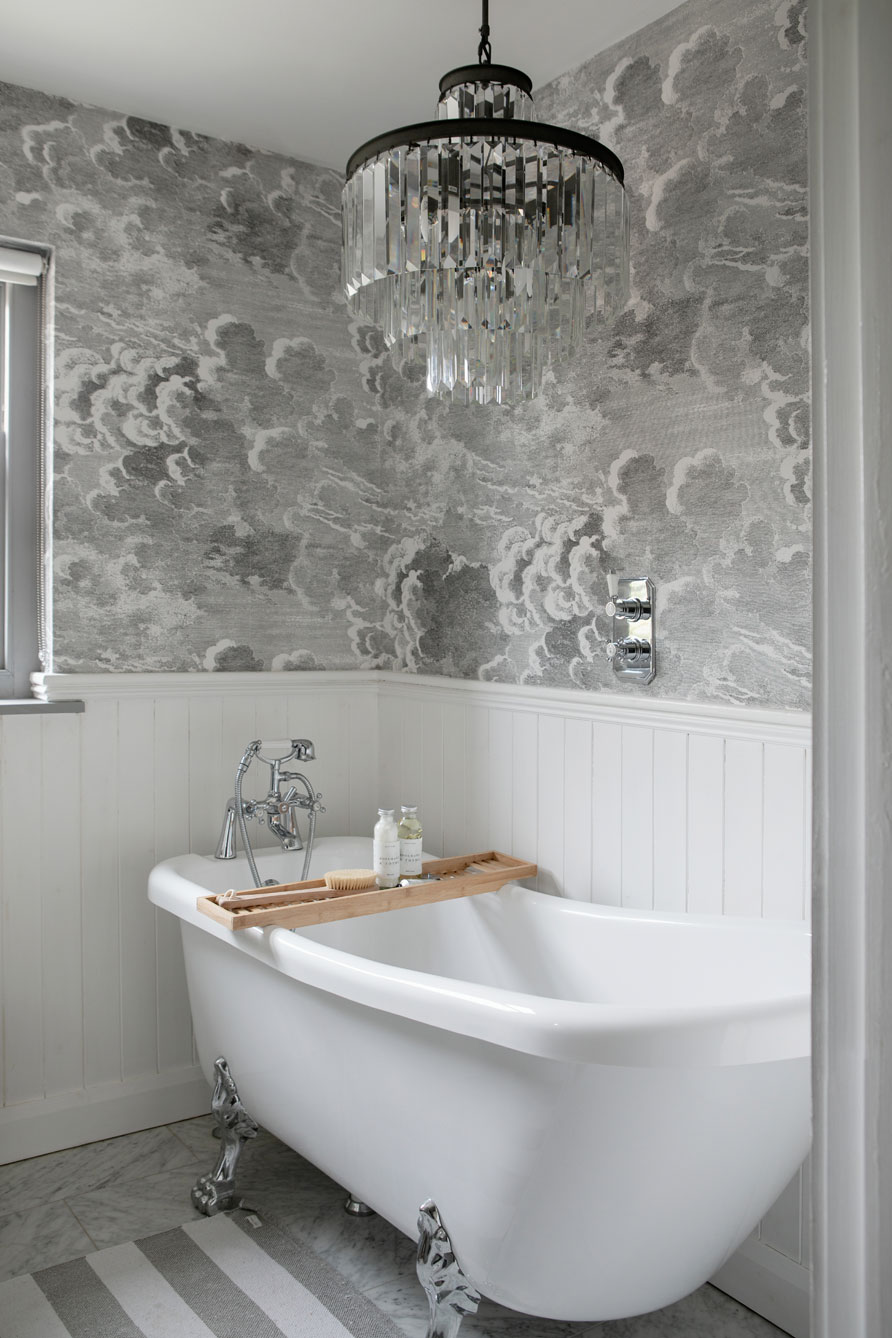 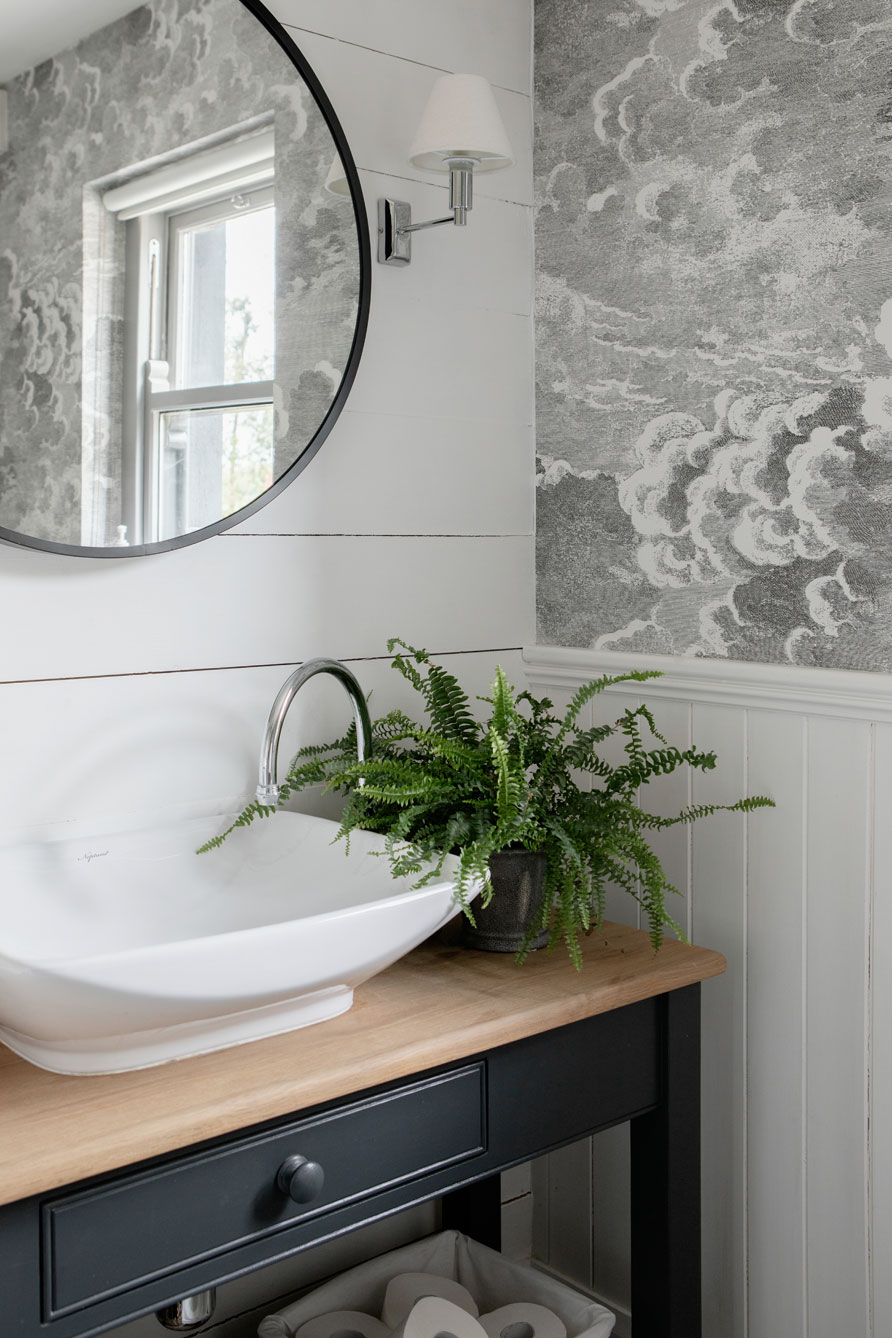 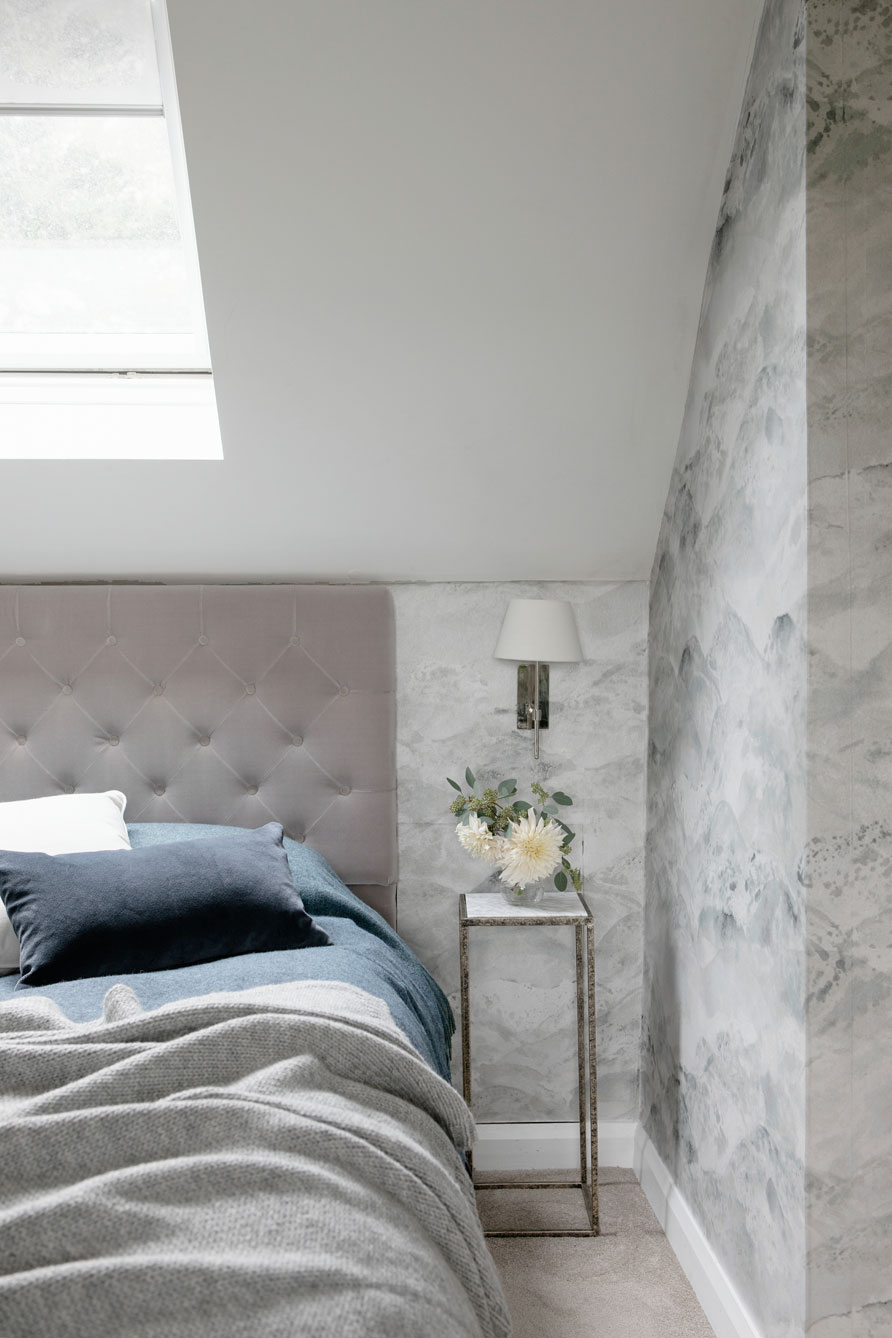 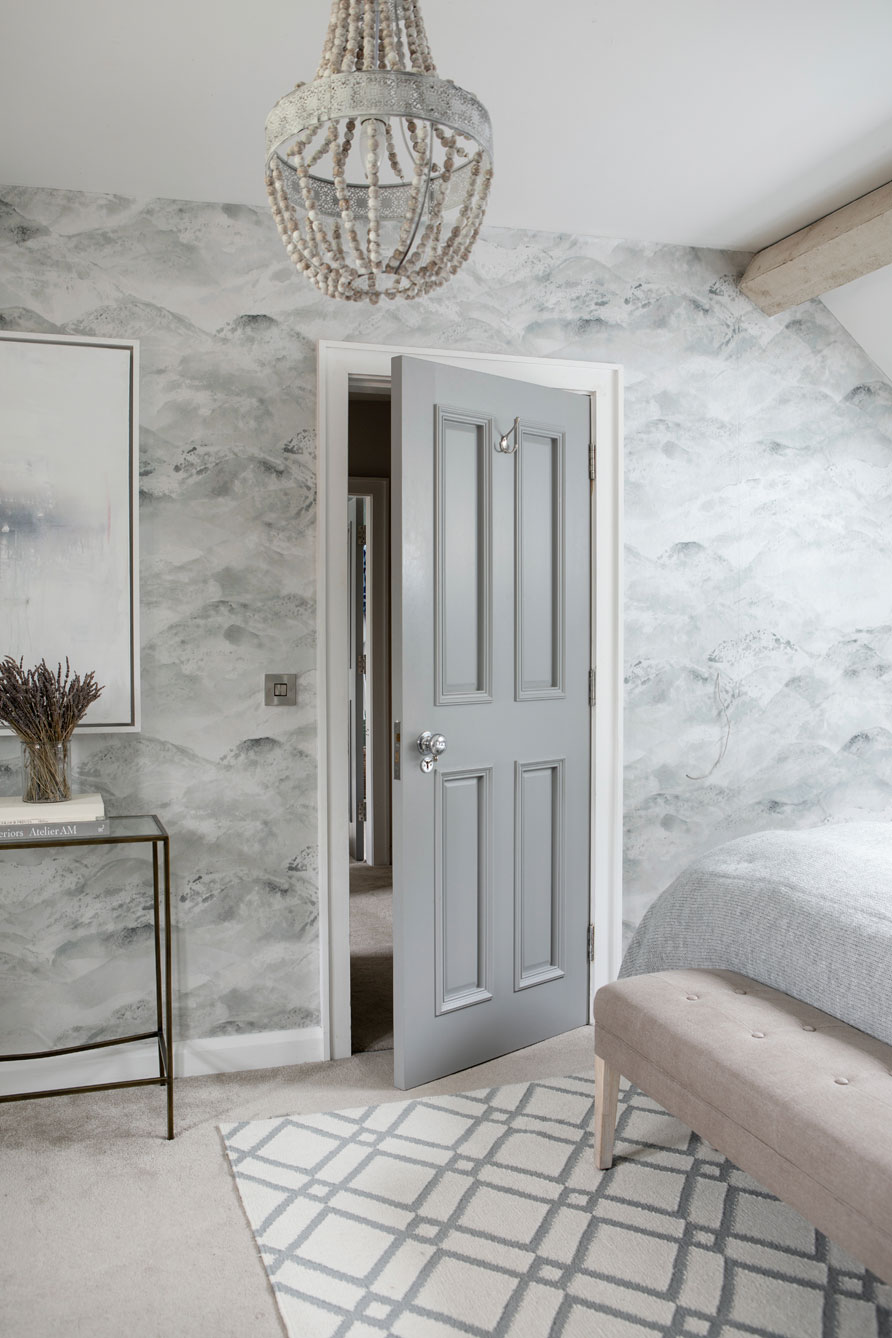 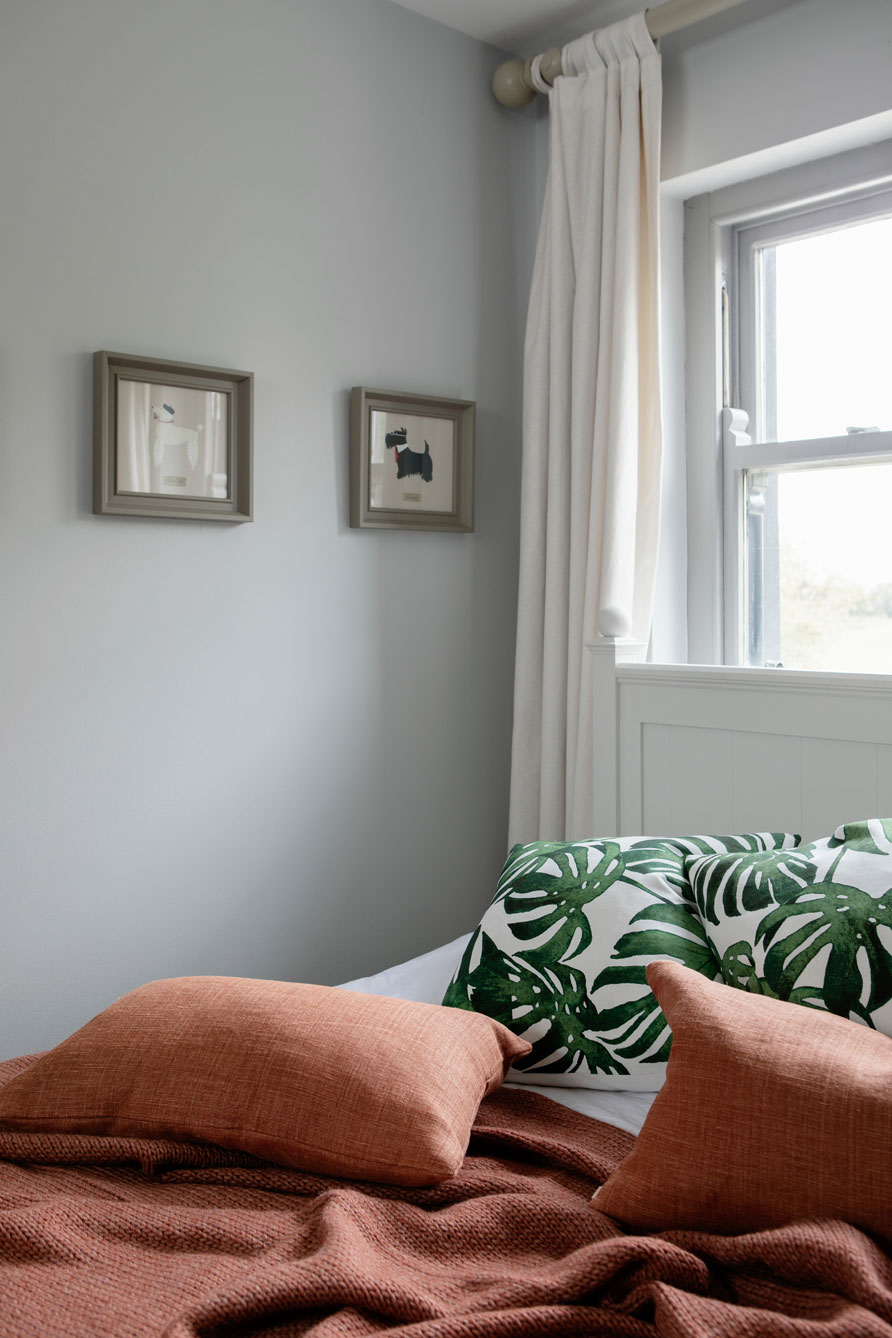 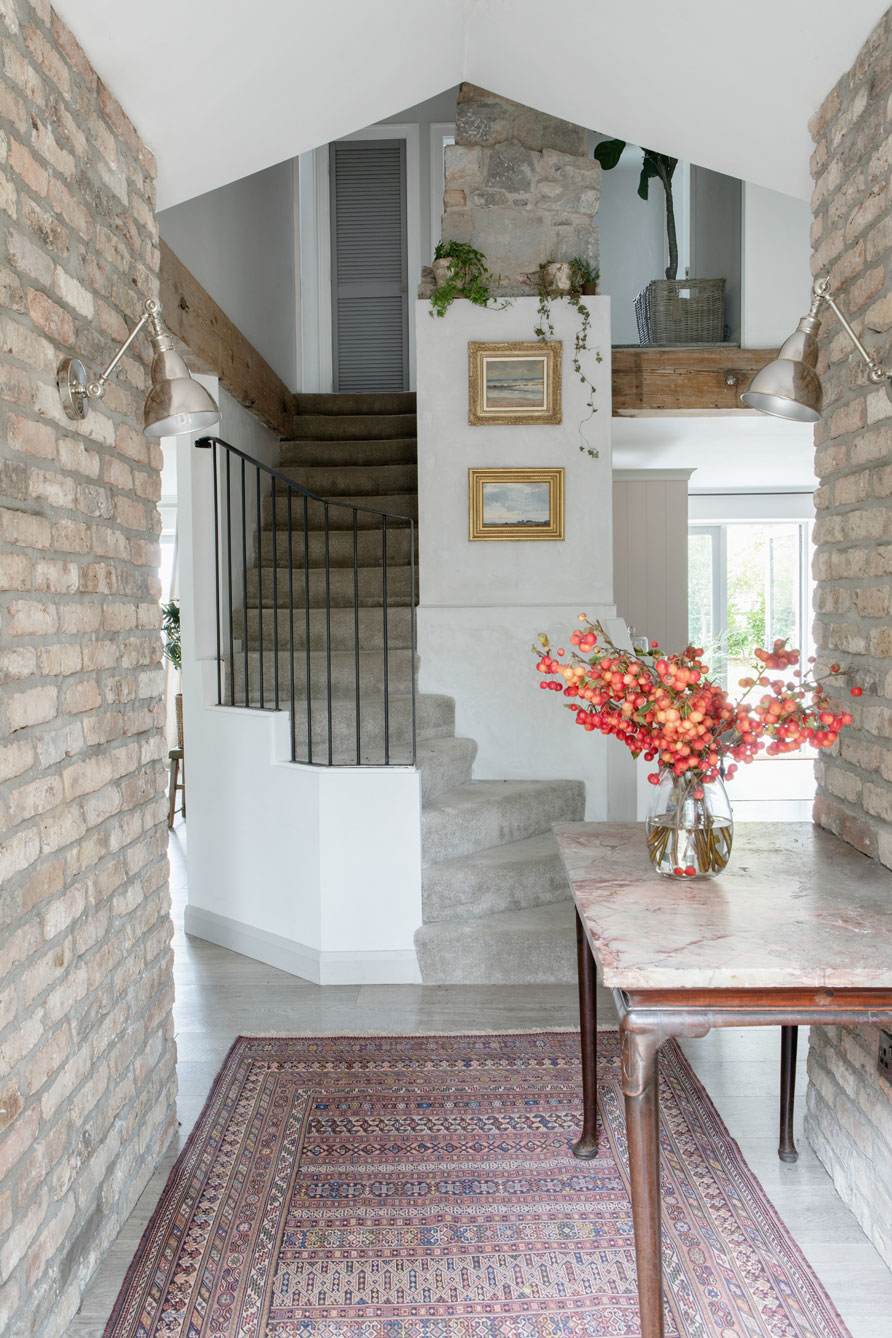 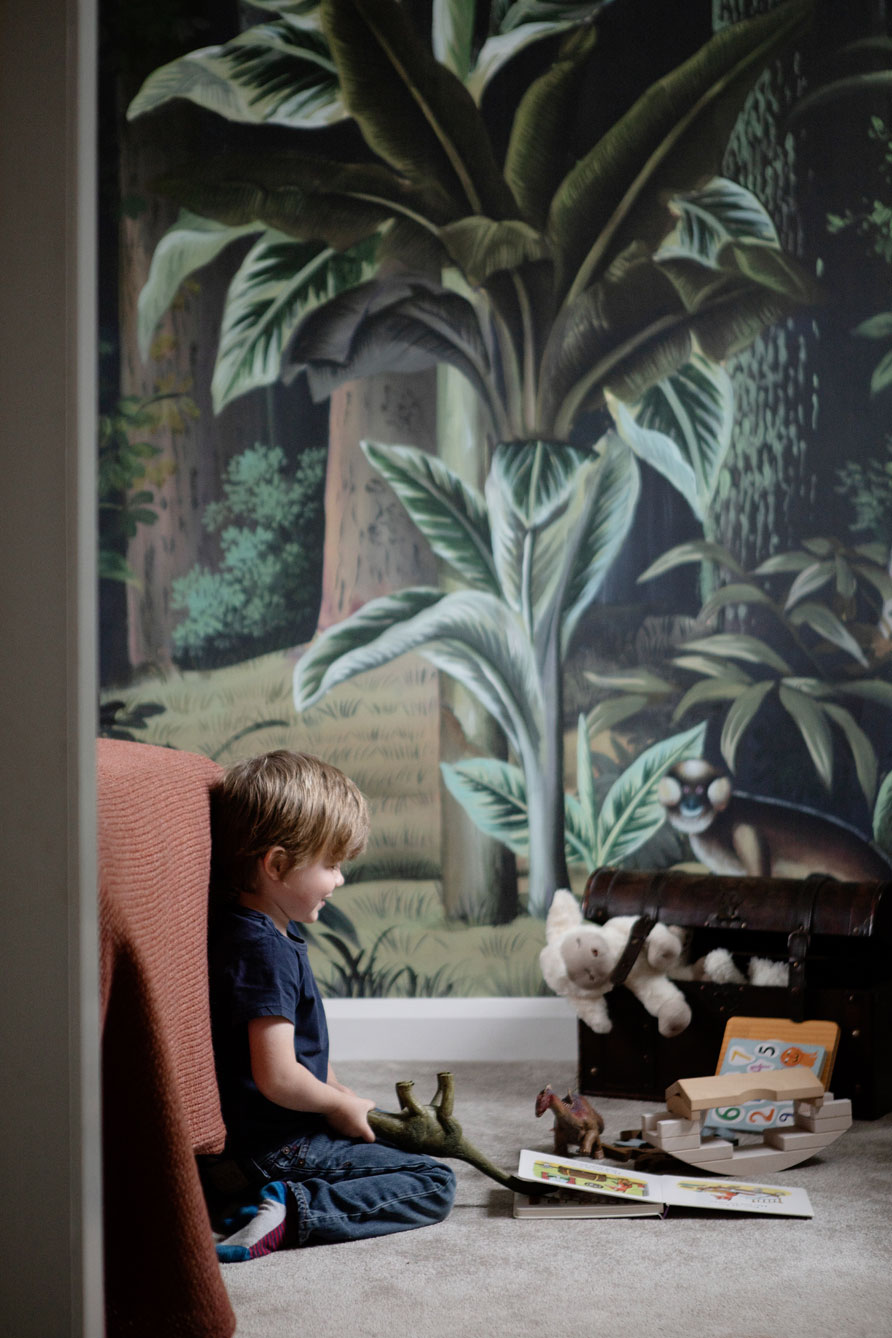 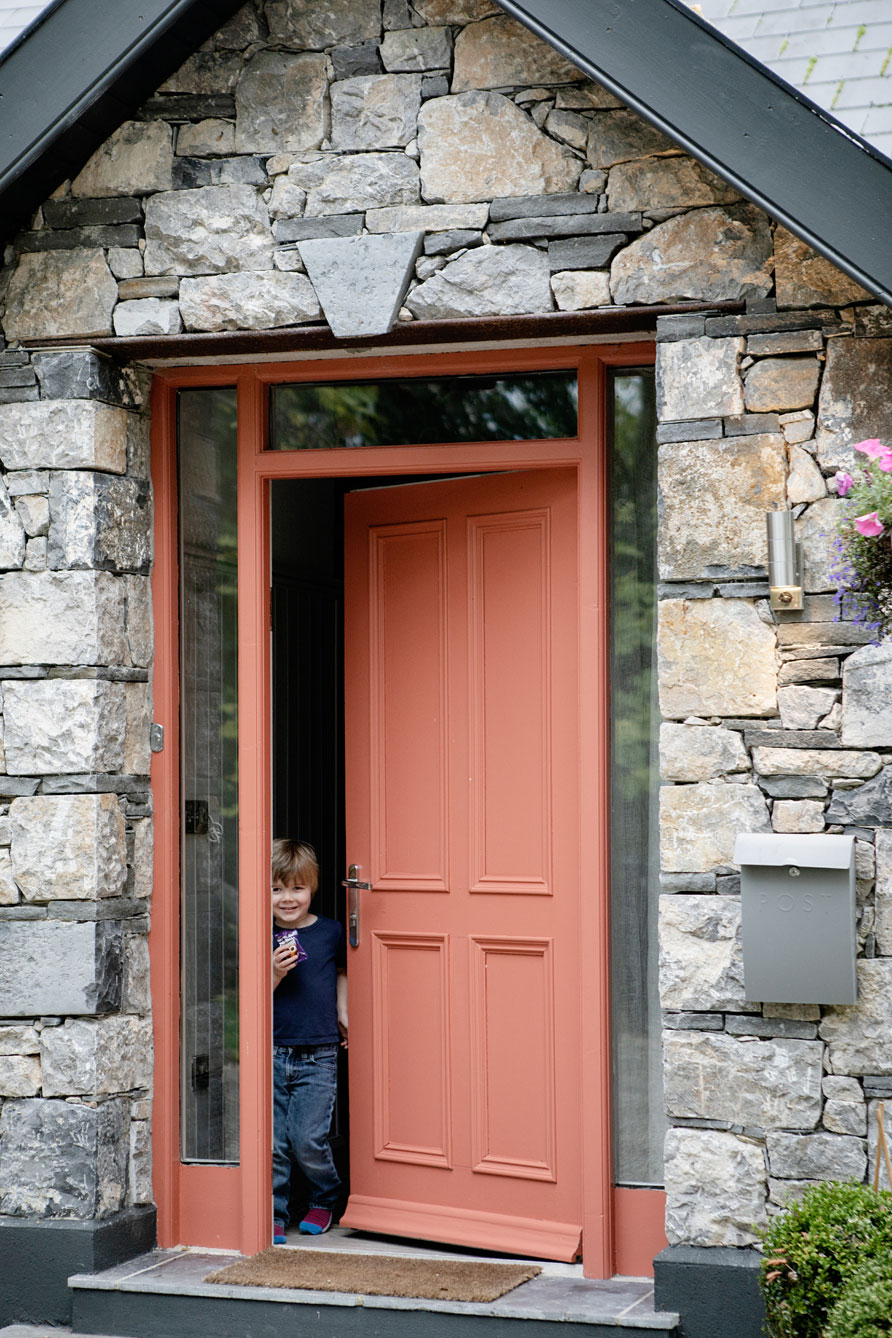 On the TV programme Room to Improve, each week there is always one major tussle between architect Dermot Bannon and the homeowner; it’s obviously to add a touch of drama.

A recent struggle concerned the colour of the bricks on a small feature wall. It went on relentlessly throughout the programme. By the end, Dermot got his way, and the bricks were just right. It was only when the wall was done that it became evident to the viewer that the bricks’ colour was actually important. Old bricks can go two ways; and when they don’t work, they can be very kitsch, and that would have spoiled the renovation.

Geri O’Toole and Cathal Glynn have several feature brick walls in their stylish home. In their case, no such tussle took place; the bricks were already part of the house, and the couple kept them as a nod to its original use as a farmhouse. They are a gorgeous shade, and there is just enough brick; so they don’t dominate, as bricks can tend to do. Cathal and Geri also mix them with contemporary touches, such as steel and modern art. An eclectic yet perfect mix.

Geri and Cathal, though only in their 30s, are old hands at building and design. Cathal trained as a carpenter and worked for his father, who was himself a carpenter as well as a builder. When his father retired, Cathal, one of six kids, took over the company.

Geri also comes from a family-business background; her parents specialised in furnishings. Browsers, a gorgeous interiors shop in Limerick, was set up by them when Geri, the youngest of four girls, was three. “My mother was an interior designer, and she did reproduction furniture on the ground floor; while upstairs, Dad had a company importing and exporting antiques,” Geri recalls.

Sadly, her mother died when Geri was nine, leaving her dad, Noel, to carry on. “He was amazing; it wasn’t easy for him, he also had about seven businesses on the go at the time, anything from fruit-selling to restaurants,” she says.

Needless to mention, one good way of keeping the girls occupied was to have them work in the shop, and Geri took to it like a duck to water. “I just loved being in there,” she says. “We all worked there, but none of the others had the love for it that I had.”

The older girls found different careers for themselves, but Geri loved the shop so much she decided to study interior architecture and design in Griffith College in Dublin. After four years there, the vivacious blonde went to London and worked with two of her father’s good contacts. Noel still sells high-end antiques, so would have dealings with people in the interiors field in London.

“He introduced me to Christopher Hodsoll, a top interior designer with very famous clients; and Jam, a really good interiors shop,” she says. After two years there, Geri came home, and since then, has been running Browsers. “When I came back it was just a furniture shop, mainly reproduction antique furniture. It was the mid 2000s, and that was selling well in those days,” Geri volunteers. “I didn’t really want to go back in there selling furniture, I wanted to use my design skills, but, by default, I started working there, and I slowly changed the shop to suit my taste and what I like.”

Geri’s father – who remarried 10 years ago, and has a little boy, Harry (seven) Geri’s half-brother – was extremely encouraging, “a great mentor” she says, and gradually she changed everything. Four years ago, she brought in Neptune kitchens to the middle floor; the ground floor has a huge range of contemporary furniture, lighting and soft furnishings; while on the top floor, she has created a design studio. The design studio is going so well that even though she only introduced it three years ago, Geri already employs four full-time designers – a recent project was one of the chalets at the newly opened Adare Manor.

“We can bring in our clients and present everything to them, and we have all the samples and brands there. We have a lot of private clients,” Geri says. “If they want something that isn’t in the studio, we source interesting pieces from all over the world, particularly France and Belgium. I love to add something different and fun; I love to find new and different brands. It’s not like in the old days, when people opted for, say, red and gold, and kept it forever. Now people like to change things up.”

While Geri explains that she is happy to do whatever style a client wants, her own personal style is a real mix. “I am happy to put lots of colour and fun in other people’s homes to give them timeless, or Scandi, or clean lines, anything – but what I love is natural materials,” she says. “I also like art, and I’ve started collecting, and I love antique mirrors. I like imperfections, too; I don’t like perfection.”

That’s probably just as well when what you’re taking on, as she and Cathal did, a derelict building. The couple, who have a little boy, Finlay (three); and a dog, Baxter, a pugalier; met eight years ago and bought the farmhouse – in the Castletroy area, near where they both grew up – the following year.

“Mountshannon House was built in the mid 18th Century and burned down in the 1920s,” Cathal explains. “This house was built on the land when [the original house] burned. When I saw it was for sale, it was very dilapidated. We like to get our hands dirty, so we bought it.”

The house is on one acre of ground surrounded by trees, and comes with farm outhouses, which the couple may one day convert – Geri is thinking a gym and Airbnb, while Cathal mentions workshops. It was originally only one storey, but Cathal, who designed the renovation, converted the roof space. “We didn’t need planning because we kept the original footprint. When we bought it, there was a kitchen, a living room and two bedrooms; we moved all the rooms. The kitchen was on the wrong side, so we swopped it, and it’s now in what was originally a bedroom,” he says.

Having said that, they were determined to keep any features worth preserving, such as the brick chimney. And while the sash windows were rotten, Cathal and his dad made identical sashes to suit the openings, even using the original weights.

In the newly opened roof space, there are two bedrooms and a bathroom, while downstairs, there is an elegant, spacious living room, complete with open fire. There’s a great sense of space throughout the compact ground floor, courtesy of a muted colour palette and the same flooring throughout. “It’s laminate; I hate it,” Geri asserts. “It looks great, it’s very low maintenance, but I’m a purist. It will be coming out and we will put in a semi-solid floor.” The kitchen/dining room is full of character. It has a touch of brick, and beams salvaged from an old Cork hotel which belongs to Geri’s father, yet it’s got a contemporary feel, thanks to lots of light and a really solid Neptune kitchen. One very nice feature of the kitchen is the trompe l’oeil pink unit, also by Neptune, which actually opens up to a compact utility room

The hall is particularly interesting – it’s small, yet it has brick, old wood and steel, with straight lines and curves and antiques, but it’s anything but busy. That’s a real combination of Geri’s design talent and Cathal’s building skills at work.