AN OFFICE SPACE WITH PERSONALITY

Client: Teresa Melloni, who lives with her husband and young son in a detached new build home in the suburbs of Limerick city.

Creative Director of Browsers and Interior Designer Geri O’Toole Glynn first met Teresa at Geri’s design studio in the centre of Limerick city. Teresa was excited to be planning a new project and was hoping that Geri could help with the design and management process.

“Teresa works much of her corporate role from home”, says Geri “so it was important that her new house had a suitable space to inspire and motivate her during her working hours. In saying that, we wanted to ensure that it didn’t look out of place in a family home.” 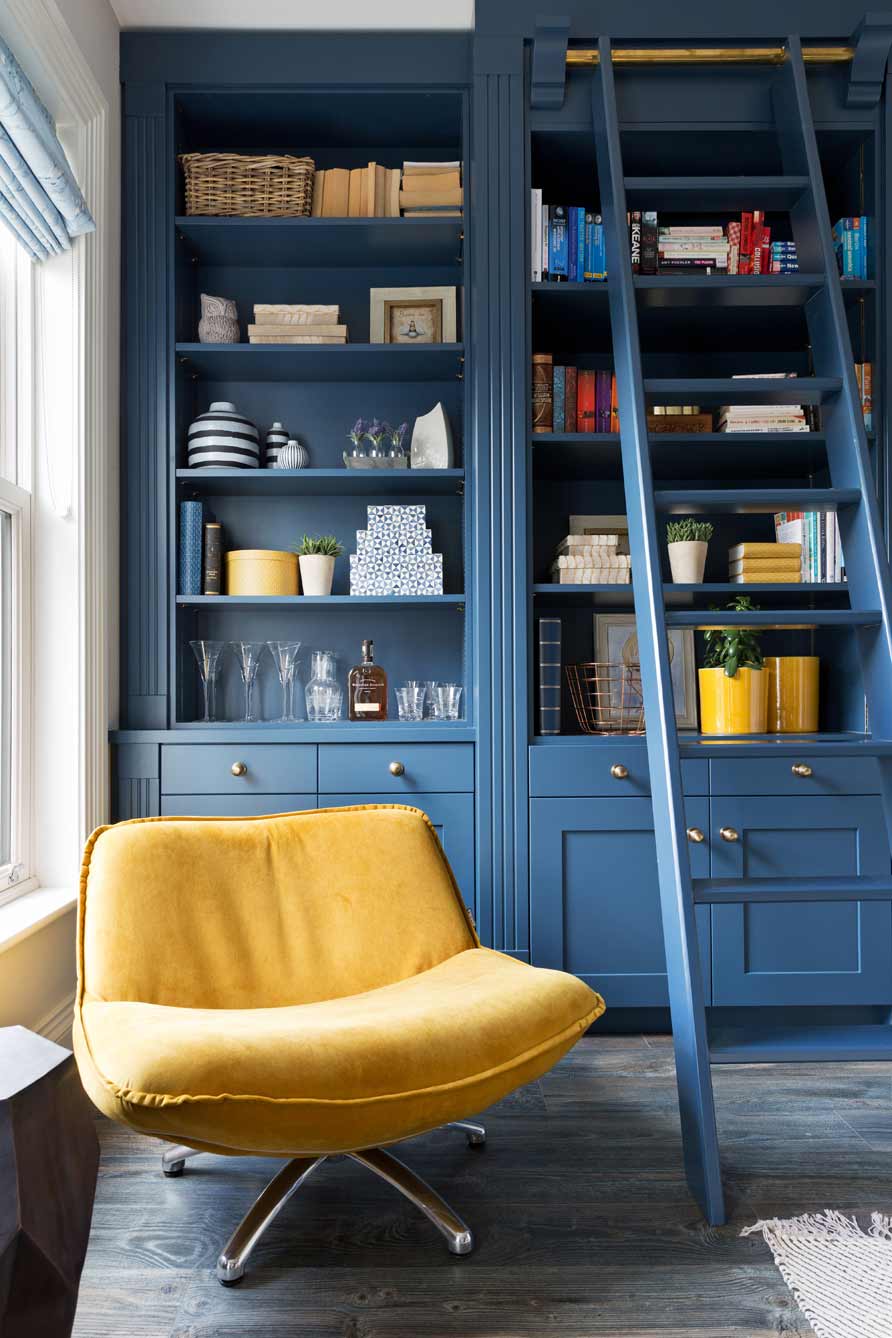 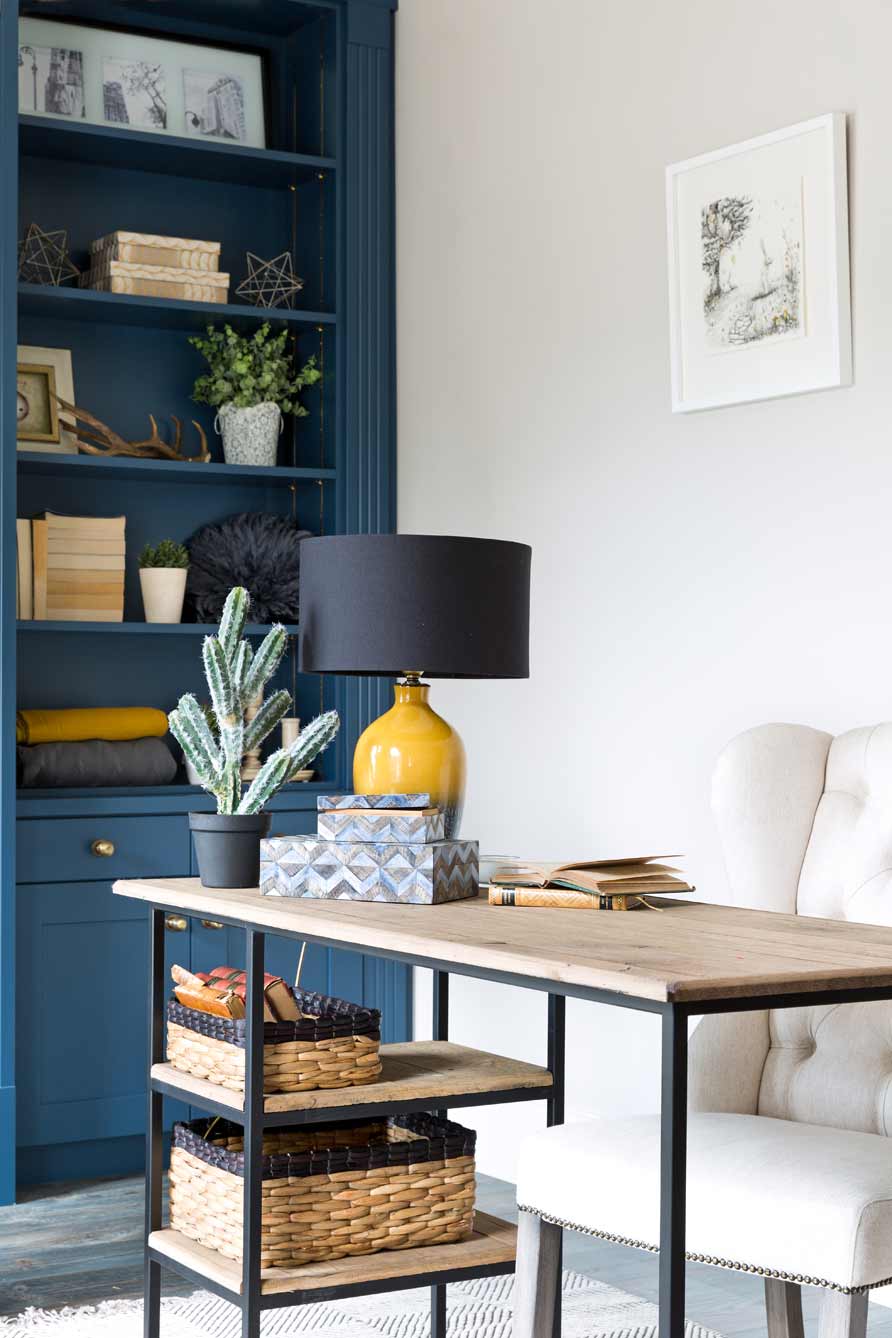 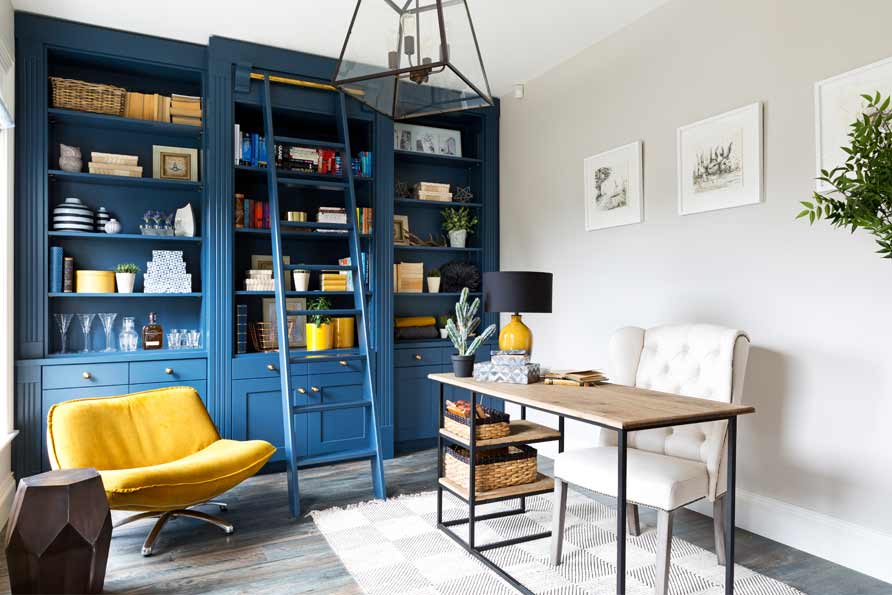 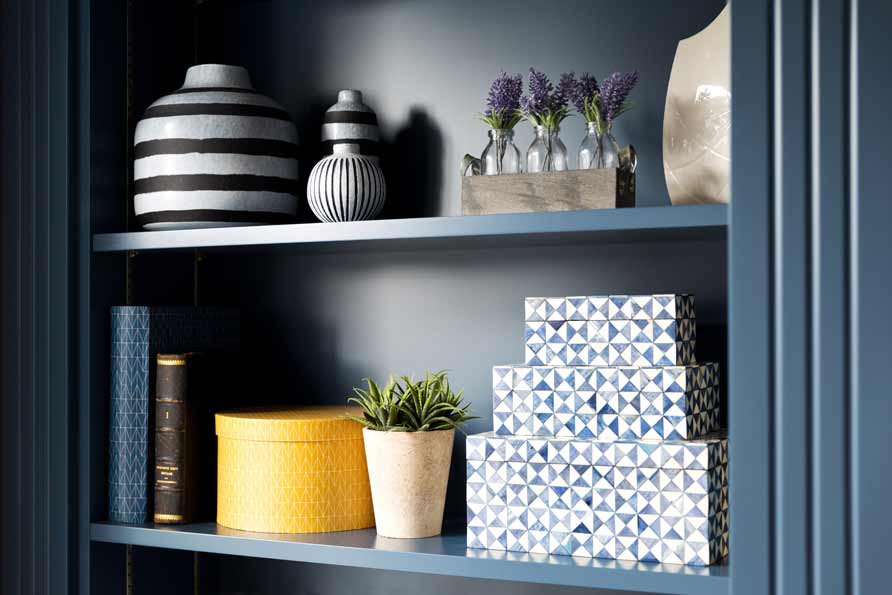 The room was initially an empty shell, and the first thing Geri noticed on entering the room was the blank wall facing her that was shouting for attention. As storage was key to this productive space, Geri knew that a custom shelving unit would give the room immediate office credibility. A bold colour was inevitable: the high ceilings and light filled space allowed for something striking.

“Clients are often unsure about what colour scheme they want to commit to, so the best thing is to just get all the swatches out and take it from there! It didn’t take much deliberation on Teresa’s part; Hick’s Blue from Little Greene Paints was an immediate winner.”

The custom unit was built to the ceiling to enhance the room’s height and to maximise on storage space, while the majority of the shelving was left open to showcase Teresa’s own items, creating a more personalised display.

No office would be complete without a desk, and thankfully Teresa had no use for a clunky, wire-ridden desktop computer, using her work laptop instead.

“This meant the desk could be as minimal as possible,” says Geri “an important factor to consider so as not to take from the shelving as the main focus of the room.”

Geri chose a modern iron and solid timber desk, juxtaposed by an elegant upholstered wing chair – an appropriate replacement for the typical bland office chair designs. The swivel occasional chair that flanks the shelving is anything but bland:  a rich mustard hue bordering on gold, giving the room a luxurious edge that corporate offices usually lack. Geri continues this theme in the accessories, enabling Teresa to change the colour scheme if and when she sees fit.

Suitably subtle flooring and walls let the accent colours take charge, and the Neptune Browning pendant light and iron style side table reflect the clean lines of the minimalist desk.

For the finishing touches Geri commissioned a series of prints from local artist Helena Grimes and adorned the shelves with a selection of ceramics, faux florals and ornaments from the Browsers collections.

Ultimately Geri has created a beautiful space that belies its actual function – a room that Teresa will look forward to using every day.