William and Hilary wanted a new kitchen that would offer all of the latest appliances and design ideas, but at the same time complement the rest of their home.

“Our house was built in 1790 and the home is decorated with antique and traditional furniture, which adds character, so we didn’t want an ultra-modern kitchen design that would look out of place with the rest of the décor“, explains William.

“I had heard of the Neptune brand and was impressed with the quality and the price, so we approached the Kitchen Design team at Browsers to refit our existing kitchen ad include all of today’s design ideas and appliances within a more traditional kitchen design 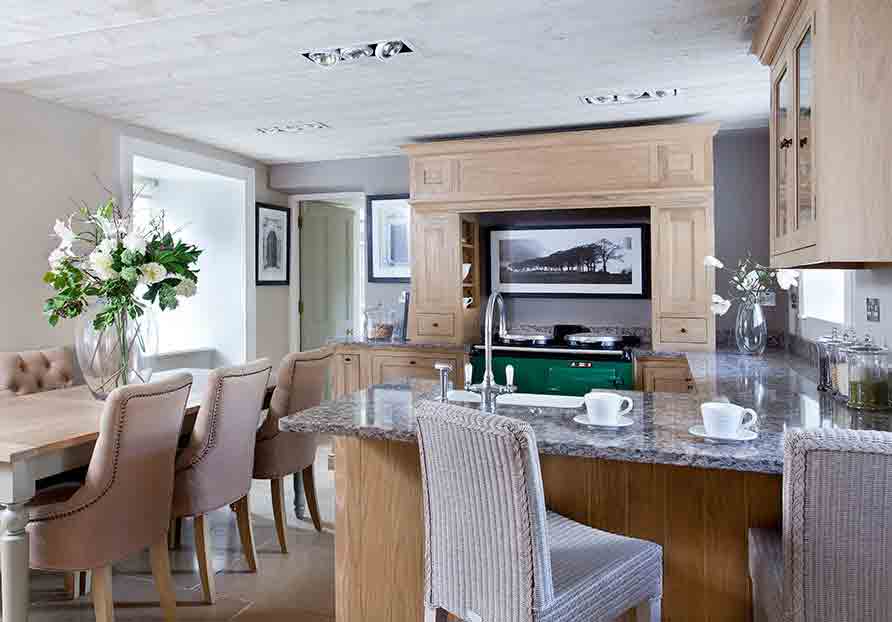 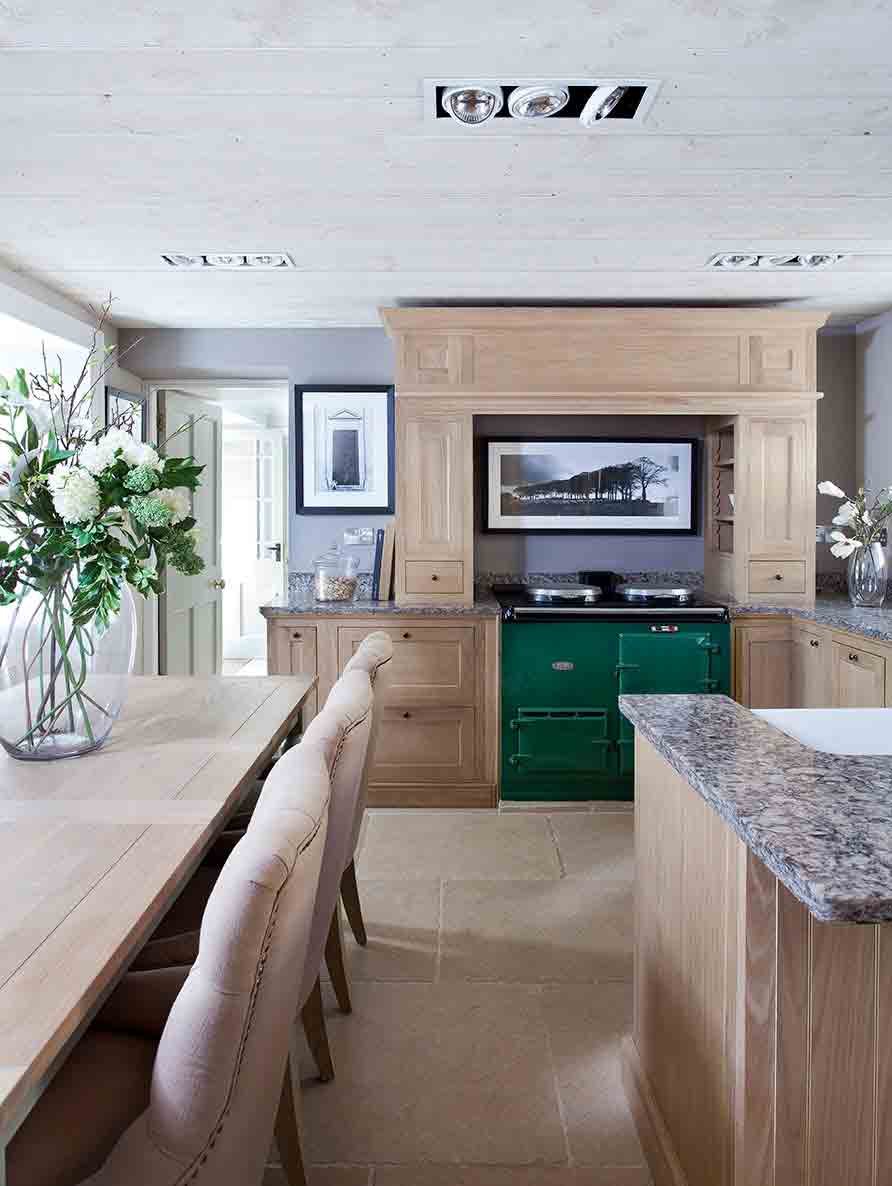 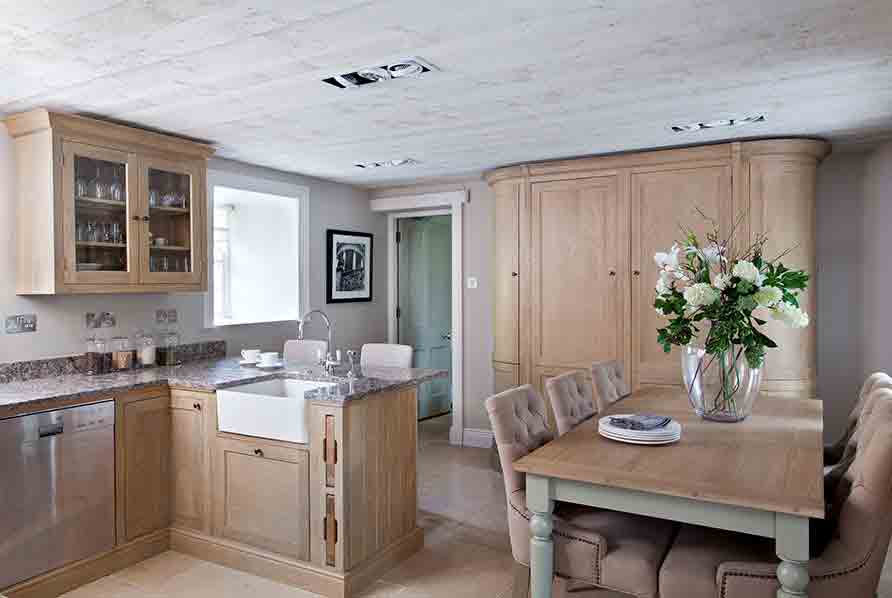 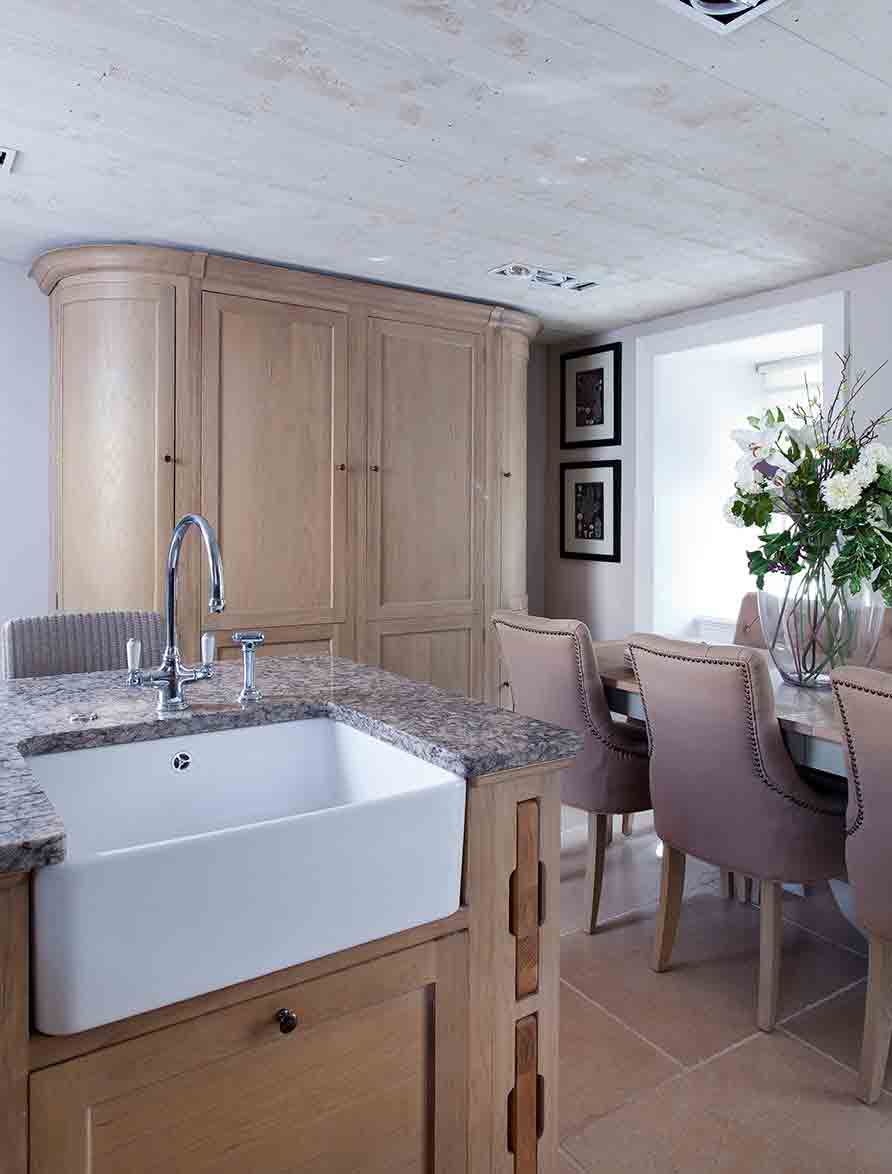 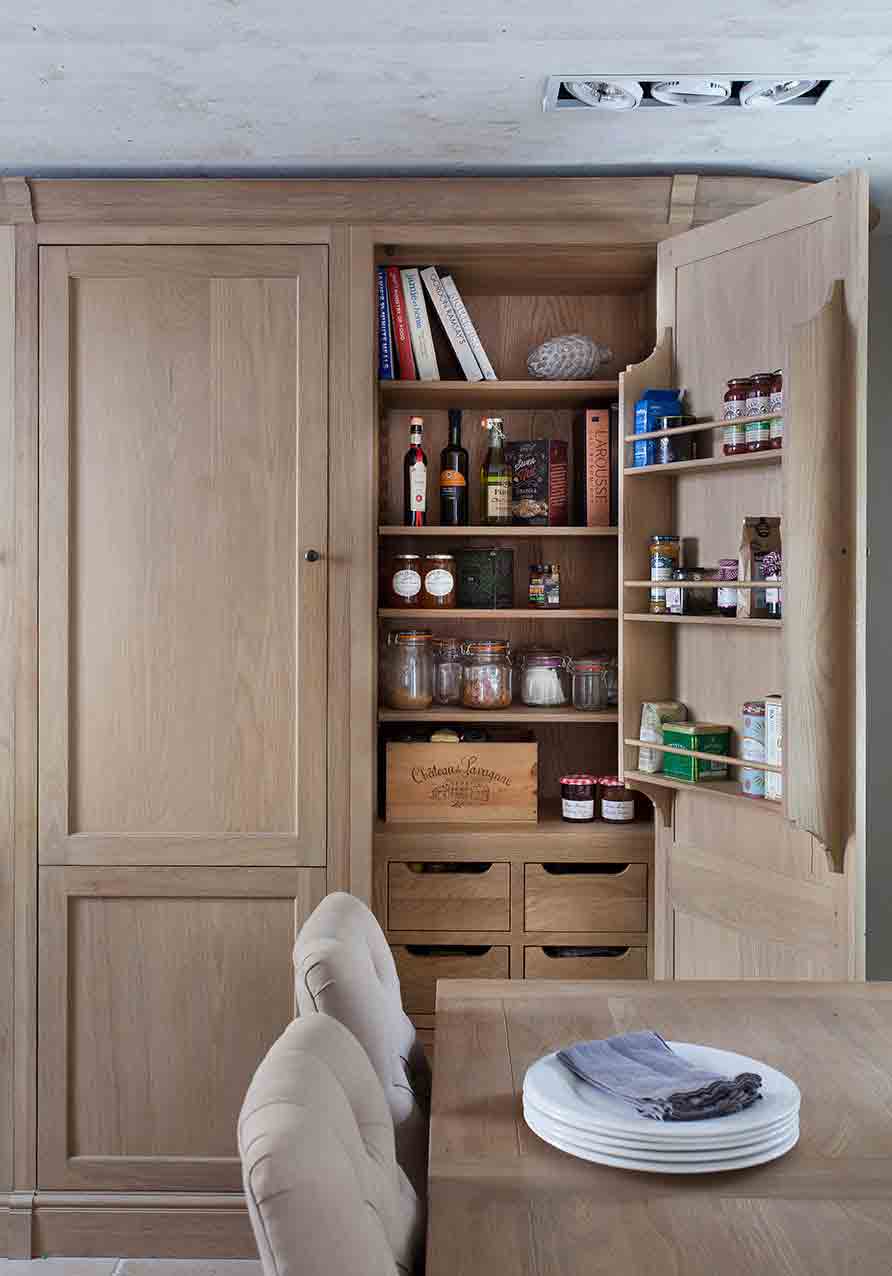 William and Hilary worked with Geri O’Toole Glynn, Browsers Lead Designer and decided that the Henley kitchen from Neptune was the one they liked the best. They chose to keep the oak finish rather than a hand painted version of this kitchen, however, this would be an option for them in the future if they wished to change the colour of the kitchen.

As well as working with the couple to create a modern day kitchen that didn’t look out of place with the rest of their home, Geri also had other factors to consider when designing this kitchen, which included keeping the existing Aga and ensuring that the full height Henley unit, which was the couples favourite feature, fitted in.

“Our Aga needed to remain in its existing location, so this was the dictating factor when it came to deciding on the layout of the new kitchen. We can change the front panels to a different colour but for now we have opted to stick with our original green panels. WE were also determined that we wanted the full height Henley unit, we fell in love with this feature, but we knew it wasn’t going to be easy to fit into the design. Fortunately, Geri managed to do it.

“Geri really managed to maximise the space available to her. Unlike our previous kitchen, which felt more cluttered, we now have a design that ticks everything on our wish list. Everything now has its place and the kitchen is so easy to use. We love having the breakfast bar in here now as well as the more formal dining table. We have a five-year-old son, Jake, and it is great having this casual dining area. It is also the perfect place for him to in the kitchen with is while food is being prepared.”

Also, a handy feature of the breakfast bar includes the Belfast sink with its waste disposal unit which offers the couple a quick and convenient way to dispose of leftover food. This up-to-date waste disposal unit juxtaposed with the traditional Belfast sink really does represent what William and Hilary were looking from their kitchen design. There are also two carousel storage units, one of which is found by the Aga and the other to the left of the sink which makes the function pf the kitchen much easier and more convenient.

“The whole refit took two months,” comments William. “as well as installing the new kitchen units, advised by Geri, we ripped out the floor replacing it with a stunning distressed limestone floor by Ca’ Pietra which has really enhanced the space. We also opted for a Silestone worktop.”

Geri also made us of Neptune’s design features with the addition of rough boarding as cladding on the ceiling. It creates such a layered and cosy feel and it has really worked well within this space. Recessed lighting was also incorporated into the ceiling, yet another example of how technology has been used but in a complementary way within the couple’s kitchen design.

Having spent time liaising with the client and learning how they like to cook and use their kitchen, as well as retaining the Aga, a ‘back kitchen’, with a Rangemaster was included for more controllable cooking. There is also a large in built fridge freezer which sits next to the pantry for more food storage.

This is a considered, timeless kitchen design which the couple love spending time in.

As William comments, ‘This kitchen may reside in the same space as our previous one but it’s different in every other way possible. It is so bright and airy in here now and everything seems to have space; Hilary and I are such hoarders, so the fact that there isn’t as much clutter is amazing!

“We love this room, it is everything we wanted in terms of both the function and finish,” adds William. ‘Honestly, we all tend to spend most of our time in the kitchen now, which certainly wasn’t the case before we had this kitchen installed.”

As originally seen in the All Ireland Kitchen Guide magazine, Autumn Winter 2016.