House: A new build semi detached home that Brain and Christine share with their three children on the outskirts of Limerick City.

Brief: Brian and Christine wanted a clean, contemporary kitchen with a splash of colour and plenty of light

The Murphy’s originally approached Creative Director Geri O’Toole Glynn after her interior decoration service was recommended by a friend. Geri and the couple quickly struck up a good relationship, where Brian and Christine were able to gain professional guidance and plenty of support when making riskier decisions. 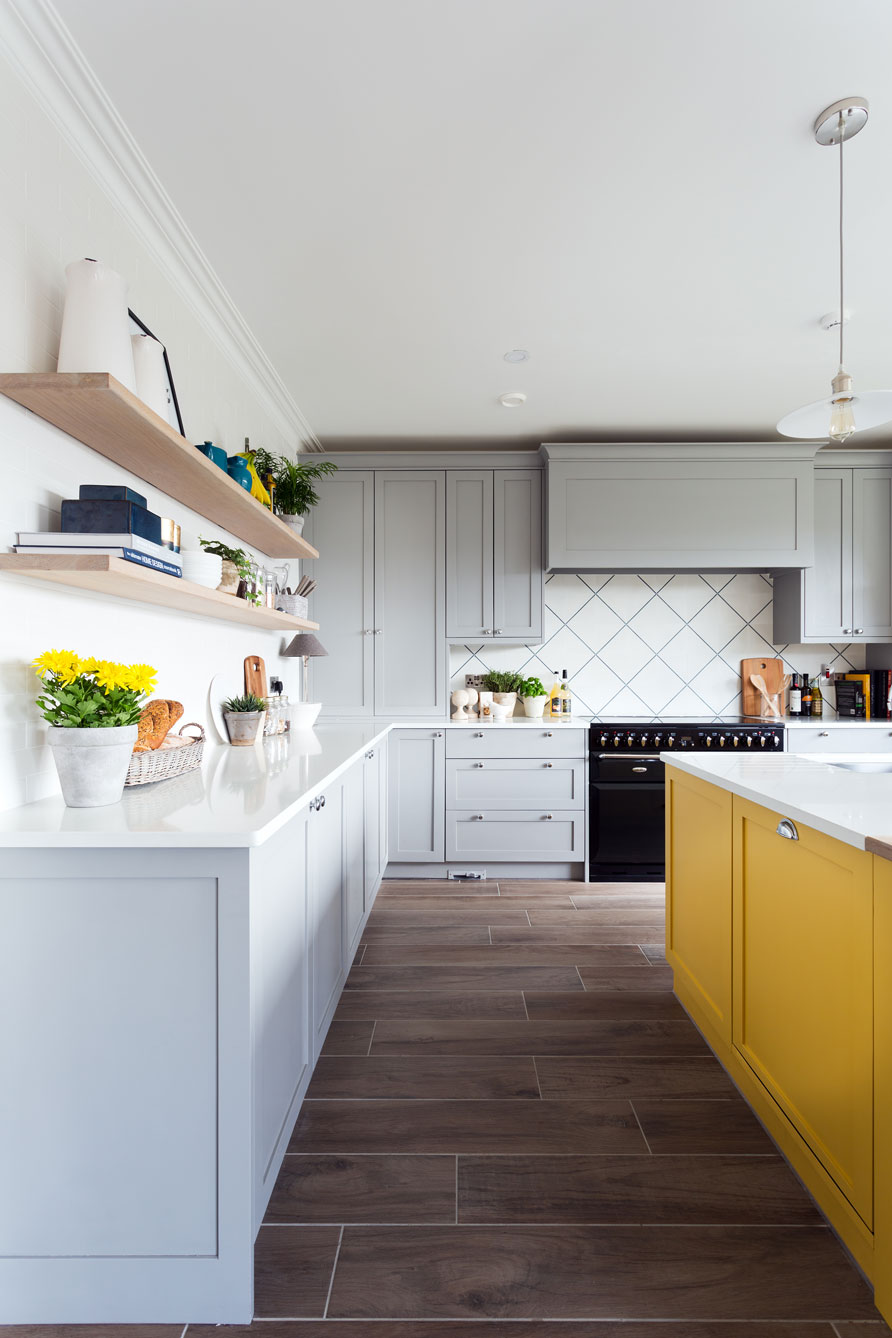 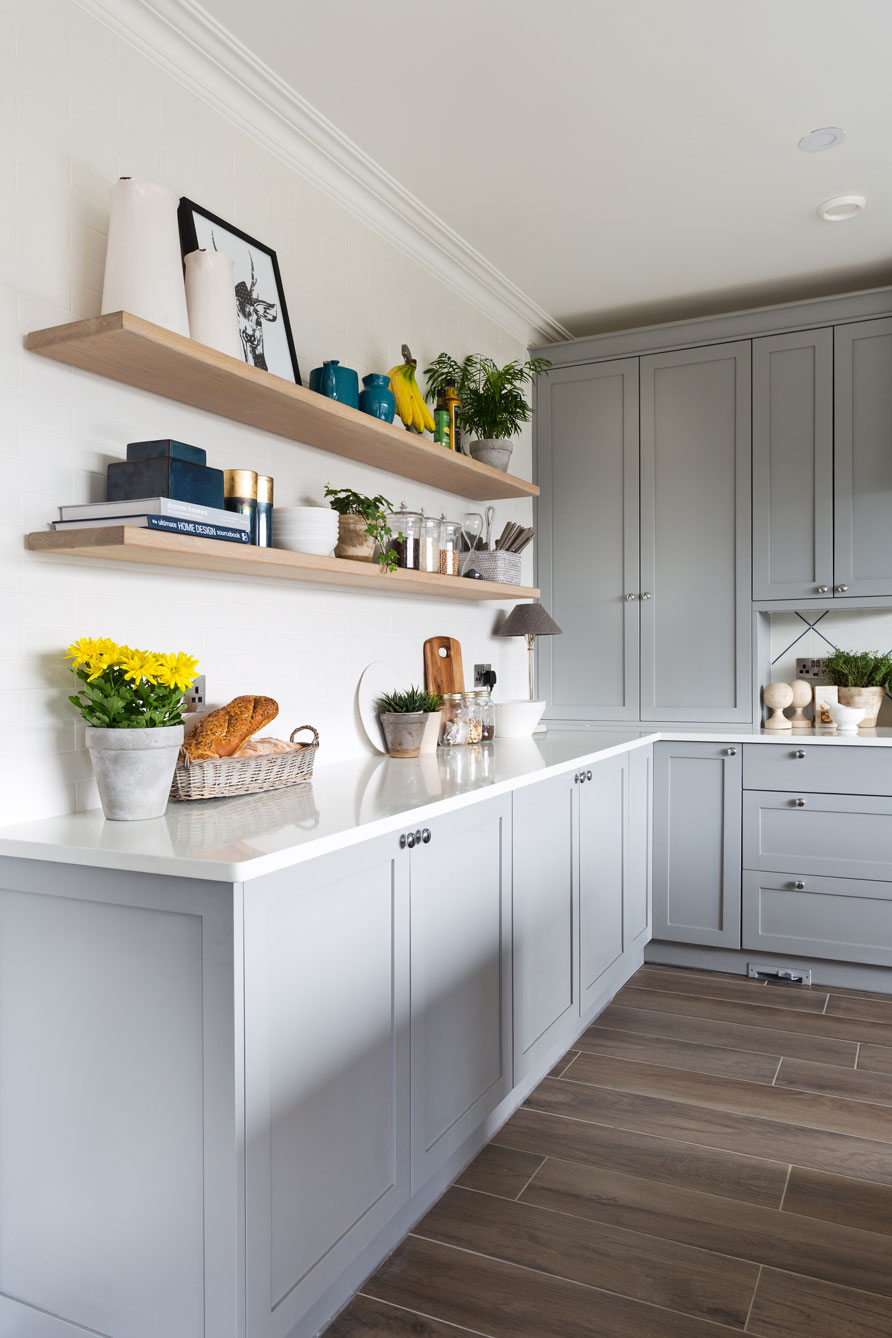 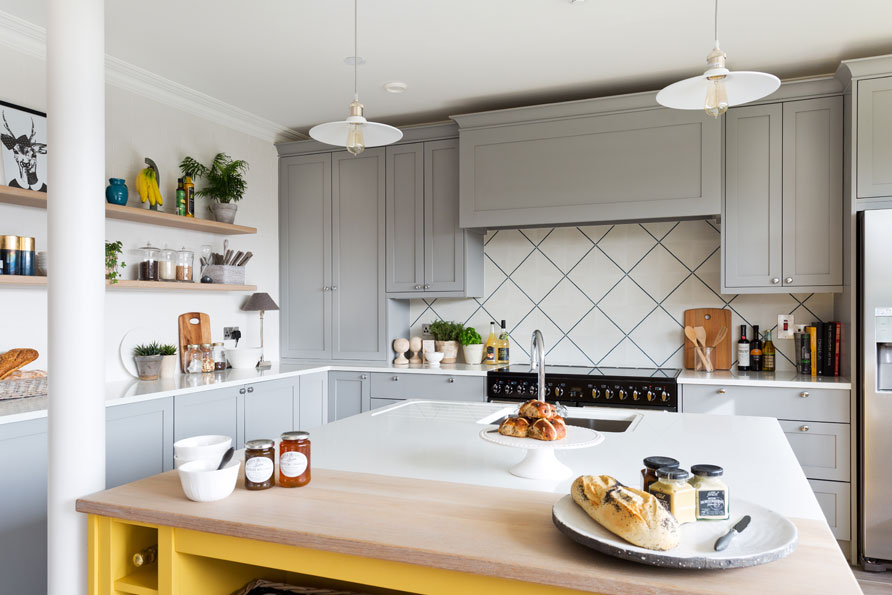 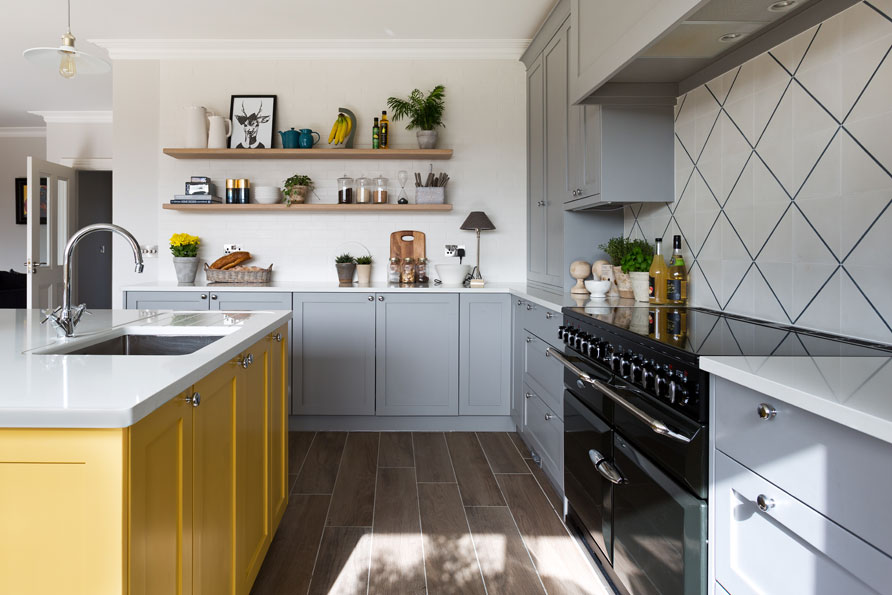 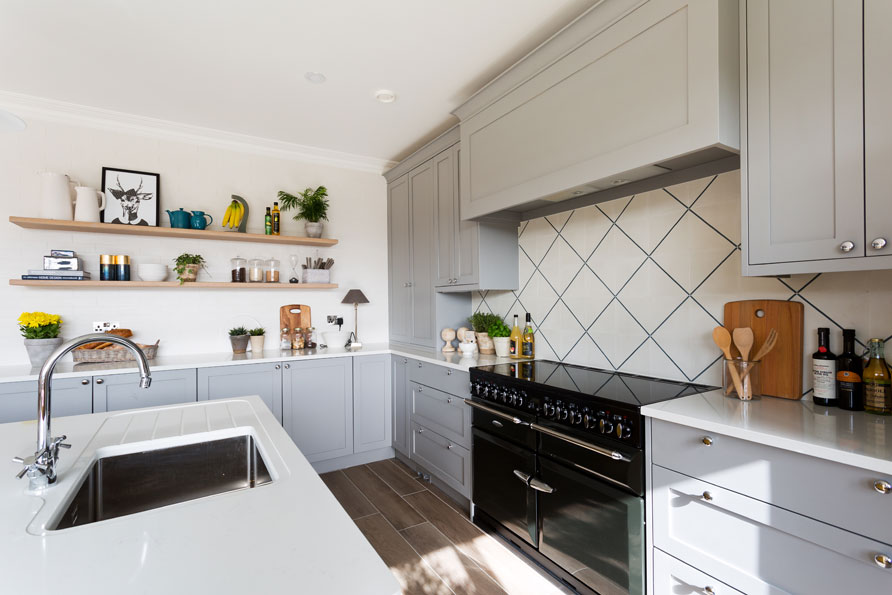 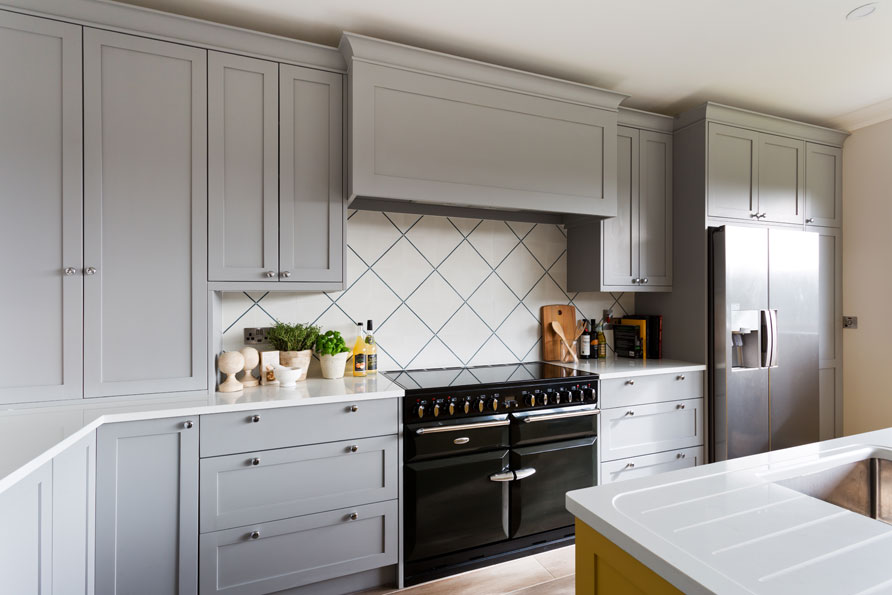 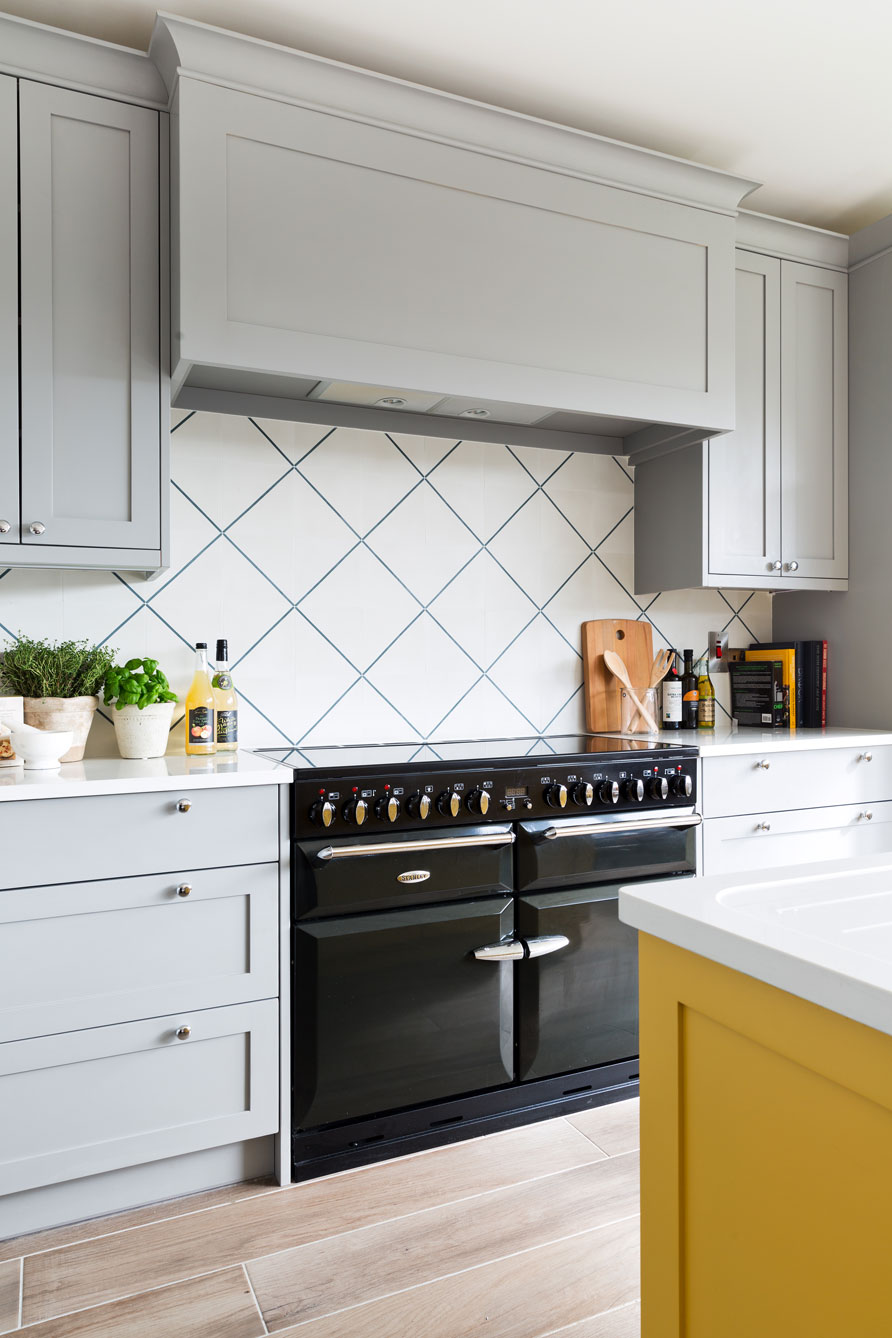 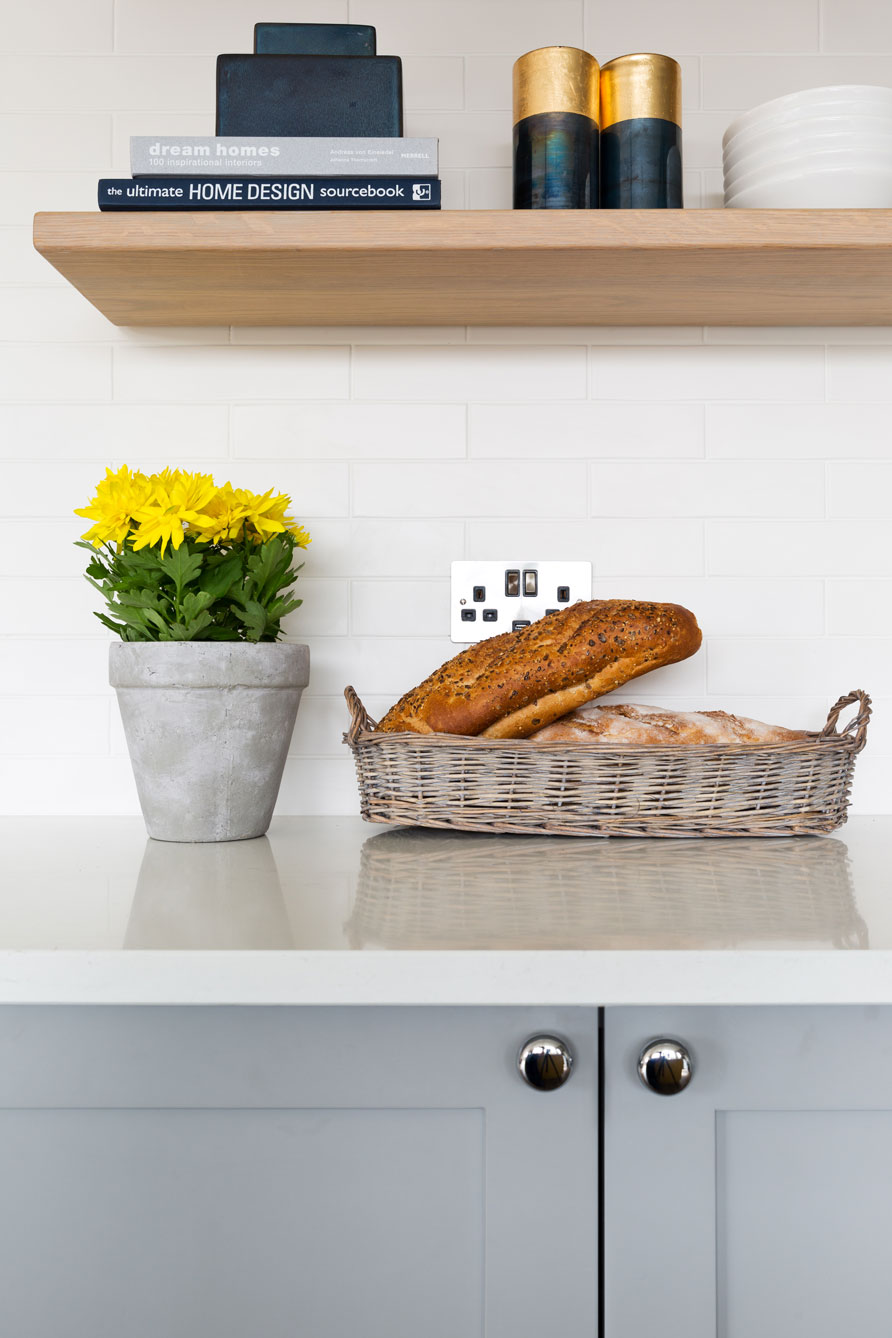 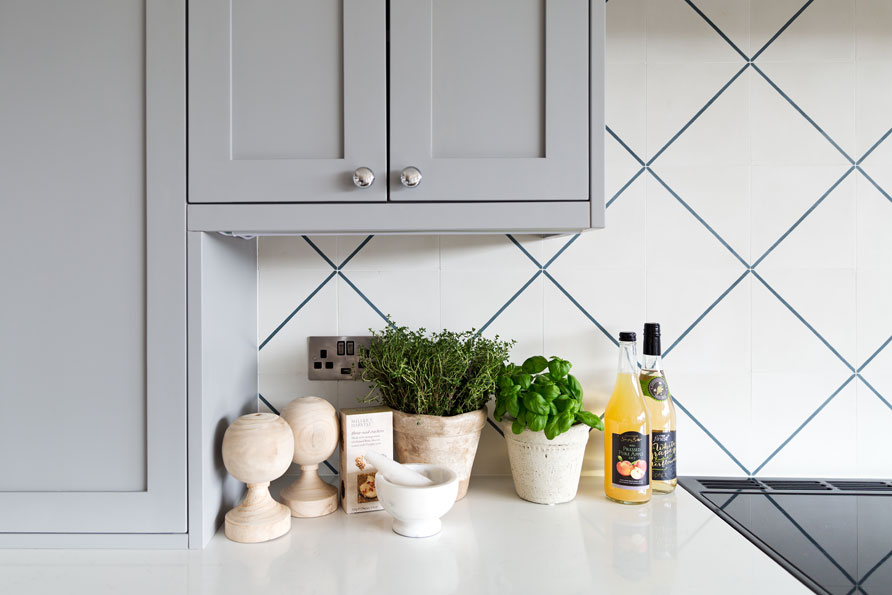 “Brian and Christine really wanted a slick kitchen,” says Geri. “But they were unsure what direction to take. Of course I was able to advise them on the more mundane side of kitchen design , but I noticed they were looking for something a little bit different, and I ran with it.”

There was one limitation that Geri had to tackle straight away; a large structural support right in the middle of the kitchen.

Geri explains, “We decided, instead of trying to hide it by building something around it, we would keep it as minimal as possible, and build the island next to it so it wouldn’t interrupt the flow of traffic in the kitchen.”

And so the exciting part of the design project began – choosing the finishes.

“I did agonise over the Pinstripe backsplash tiles briefly, I had not seen them used before but I fell in love with them as soon as Ca’ Pietra sent me the new collection. Fortunately, Brian and Christine loved them just as much as me. Now, they are one of the best features of the kitchen.”

The solid wood kitchen doors were painted in Little Greene’s Lead (Geri chose a spray finish to keep it contemporary) and the island was treated to a vibrant mustard shade, as well as a polished Silestone countertop.

The bespoke, locally made cabinets were extended up towards the ceiling to create more drama in the space, while open shelves sit nearby to counterbalance the larger cabinets and give the space some visual breathing space.

Finally, two of Neptune’s Keats pendants hang over the island and the breakfast area was furnished with two bespoke upholstered dining chairs and a bistro table. Geri’s final touch was adding charming accessories throughout the space, including some realistic faux plants to bring the space to life.

In seeing the project being realised, Brian and Christine could not be happier; the room is bright, fun and perfect for their family of five.